Who is the Author of a Book Written by AI? 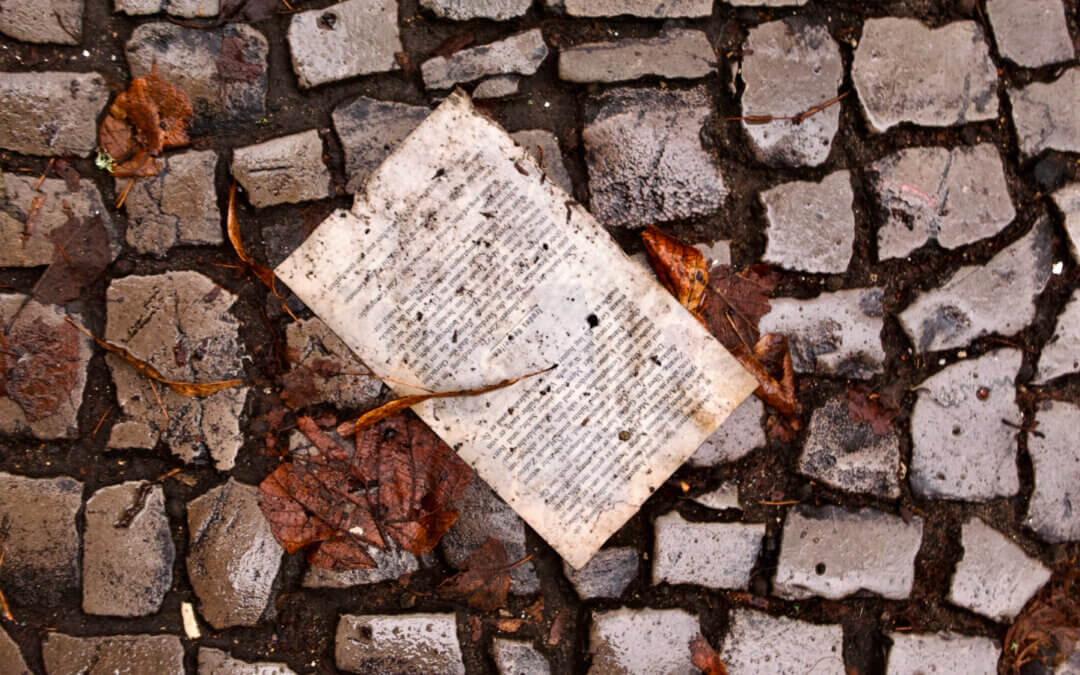 The technology might not be there yet. No kind of AI can write a whole book, not one that makes a lot of sense anyway, but it’s getting there.

Leanne Leeds, a writer interviewed by a recent Verge article self-publishes a book every few weeks. Before, she struggled to keep up with the tight schedule required to make a living from Amazon. Now, she can write books faster, thanks to AI writing programs.

It’s just words, she thought. It’s my story, my characters, my world. I came up with it. So what if a computer wrote them?

Writers who use this kind of software to churn out massive amounts of content will be the first to go when the tech matures.

Story. Characters. A world. Three pieces of a puzzle that, with time, will become replaceable too. Today, the writing AI requires a well-thought-out prompt. However, it doesn’t take any great leap of imagination to picture the next iteration of this tech.

My story, my characters, my world. For now.

Soon any writer will be able to pick from a list.

A story about a boy/girl who lives in a magic kingdom/on a space station and struggles after losing her loved ones/being captured by pirates, until she discovers her new talent for navigation/math/dancing/dogfighting and is thrown into a series of events that will change her forever.

Please give me twenty ideas for an interesting character.

Please give me twenty ideas for a rich setting.

Please give me twenty ideas for an engaging story.

Please give me ten morals of the story that would synergize with its other elements.

Please list all the storytelling beats of the story.

Could she still call a book her own if it were written at the press of a button? Copyright aside—let’s leave that debate for lawyers to settle—what does your intuition tell you? How would you feel knowing that the book you’re about to read was merely generated by a writer? And what about learning that the book you finished reading and enjoyed was written by AI?

Could the owner, originator, or the person whose name is on the cover still claim, “This is mine.”?

If the characters, the world, the story, and the words were all generated, what would be the author’s contribution exactly?

“Hey, I am the person who clicked some buttons to make it happen. And the copyright is still mine, as I paid for the tool, so there.”

Okay, that was unkind. Let’s reword it to something more upbeat, more successful, and American:

“The AI has written this book under my guidance and direction. I coached it to focus on the elements of a story that I enjoy so the readers could enjoy it too.”

An AI coach. A story DJ.

But what about a writer?

How do you call a dancer who doesn’t dance anymore?

To me, a writer is someone who writes.

Should story DJs call themselves writers? Or authors? Many would love to, I’m sure. As it’s all the status but none of the annoying, gut-wrenching, and time-consuming process of writing.

I am convinced that the first book fully written by an AI will reach the best sellers list. So will the next ten, though probably with considerably less pomp. And, given the right market research on the part of publishers, the next hundred or a thousand may target highly profitable niches for a big commercial success.

More importantly, though, we will see an important paradigm shift.

For the first time in history, most forms of art will take more time and effort to consume than to produce.

It will take longer to read a book than to generate it. Longer to look at a digital piece of art than to wait for DALL-E-2 to generate six more. Longer to listen to a piece of music than to record it (no actual musicians necessary).

I’m not sure we understand the full implications of this shift.

Think about it. As many books published every day as there are people interested enough to click the Generate and Publish button. The potential of having more books published on Amazon in a year than humanity as a whole would be capable of reading even if every person alive spent all of their waking hours reading words nobody has read before.

Assuming that AI-authored books will be good—and I believe they will, eventually, once fed enough feedback, re-written while you read, responding to your engagement—books written by real people might drown in the sea of content. Sure, there will definitely be holdouts. Of purists who claim to read only human literature. Which begs the question: how do you prove, as a writer, that you wrote it? Especially at a time when every style, no matter how refined or raw, could be mimicked. The only stories and essays certain to be written by humans will be the ones published before, say, the year 2010. Anything written now is late to the party already.

I am not too concerned about what happens to literature as a medium. Like always, it will adapt and follow what people want to read. But what will happen to storytelling?

Humans are highly receptive to certain storytelling patterns. That’s why all blockbusters watch the same. They are the same story. We love it and want more of it.

Before AI, flawed humans writing stories have always brought a piece of themselves to their creations. Be that their biases, incongruities, favorite cliches, or plain old bad writing. Taken together, they formed a fingerprint of the human condition. A unique wavelength that the reader could connect to.

Some will quickly claim that they will always be able to tell human writing from AI writing. Naturally. Though, if you can trick an experienced sommelier into drinking carton box wine and thinking it’s some chateau de, don’t tell me that anyone short of an AI expert will be able to spot the difference in AI vs. human writing. Even a strange style like mine—good English, but not quite native, self-taught, rough but earnest—could be described as a series of parameters. Vulgarity 2/10, Grammar 6/10, Vocabulary 7/10, aspirational, emotional, 50% casual, 10% crude, and so on.

I sat smoking in my favorite cigar joint yesterday, and Sinatra happened to come on the radio. I thought to myself, ten years from now, how difficult will it be for me to ask some Spotify AI,

Millions of machine learning cycles later—which to me would be the length of a circle swirl—I could get an authentic, brand new Sinatra song. The result of building a web of connection between the style of Blue Eyes’ songs and all the books and press published at the time, the themes that resonated with him and the audiences at the time, and the best guess about what would resonate right now.

I’ve been a puppet, a pauper, a pirate, a poet

A pawn and a king

They took my voice, jerked it out, and stuck,

I don’t think there’s a way to stop it from happening, nor that we should. The paradigm shift, however, makes me wonder: What kind of art will still be worth making?

Enjoyed the read? Share it with a good friend.