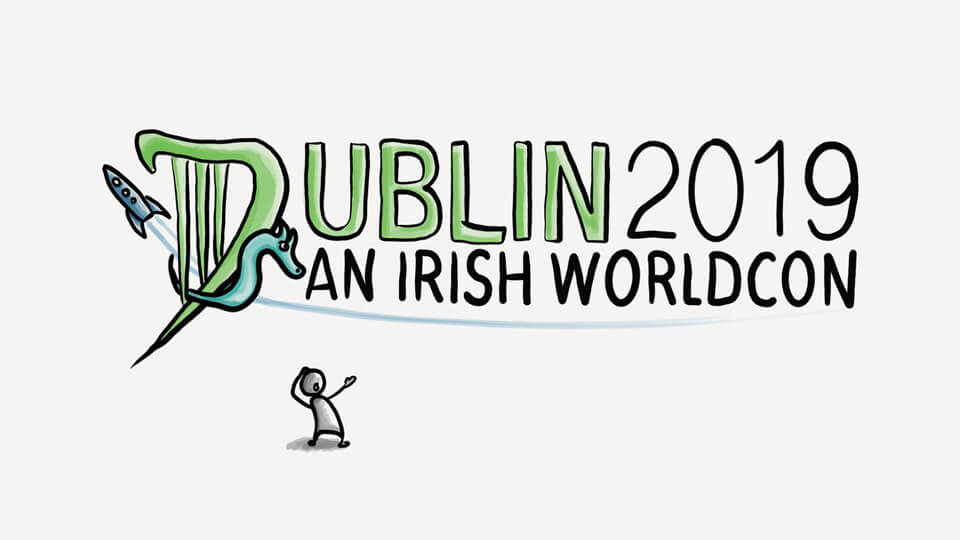 I went to WorldCon Dublin not sure what to expect. Four days later, I knew that making the trip was the best decision of my writing career.

Was it really that good? Yes. So I’m writing this piece to share with you the lessons, observations, and takeaways I found most valuable.

The main reason I’m so enthusiastic about my visit to Dublin is the sheer number of Gandalfs and Galadriels of sci-fi and fantasy that walked the convention center halls that weekend. I talked with people who remember Isaac Asimov mostly for him being an ass to women, others who enjoy a dinner with the Gaimans every now and then, and others yet who, though unassuming, are the most influential people in today’s industry.

Here’s a distilled list of things I would have never figured out had I not attended the con. The Fandom is Newcommer Friendly

Saying that WorldCon is a place where everyone can feel welcome is an understatement of an epic proportion.

Let me share my experience. I was traveling alone. The moment I arrived at the con, I saw people laughing, embracing old friends, and huddling in groups; everyone seemed to know everyone else. Except that I did not. I was an outsider surrounded by six thousand strangers.

I remember the moment where I stood frozen in the foyer, wondering if coming to the con was such a good idea after all.

But then magic happened. I headed to Martin’s, the convention bar, grabbed a beer and, expecting to be told off, approached the first table of friendly-looking people I noticed. That’s when I learned the first and also the most important lesson of the con. People go there to meet old friends, sure, but also make new ones. They’re friendly, chatty, open, and can understand how it feels like to be you because they’ve been there themselves.

They remember their first con, an experience similar to mine, and the kindness of strangers made them feel welcome. So they make a conscious effort to pay it forward. And so will I when I go to my next WorldCon.

Writers and Celebrities Want to Talk With You

WorldCon isn’t big and anonymous. On the contrary, it’s small and personal. Famous industry figures know that. If they are at the con, it means they like to interact with the community and talk with their fans.

I found that, as long as you’re mindful of these people’s packed schedules, and the limit to the number of beers they can consume, you’re okay approaching writers like Scott Lynch, Adrian Tchaikovsky, Gareth Powell, or Joe Abercrombie and asking for a chat. Great Mindset for Your Online Presence

This bit of wisdom comes from Gareth Powell who, to me, is the shining example of how to do your online presence right. When Gareth launched his book, the Fleet of Knives he didn’t spam links to Amazon. Not once. Instead, he shared stories on how he became fascinated with the idea of a modern civilization living on the ashes of some older, far superior one. Rather than trying to shout over the din, Gareth shared his passion for writing.

This is his approach to Twitter, in his own words:

I try to treat Twitter like a local pub. I never post things I wouldn’t say at the pub. For example, I’d never jump at the counter, shouting, “Buy my book! Buy my book!” It’s mental.

You go to a pub to have a chat with your mates. I run a small editing business, so it shouldn’t surprise you that I welcomed the opportunity to pester some of the best industry editors about right career moves for someone like me. You know, certificates, training, industry standards, etc.

Here’s the story an editor from Gollancz Publishing told me:

Yeah. I had the same problem. I got into the job late. Someone I knew thought I would be a good fit for structure editing. On my first day, I said, “Alright, give me the training materials. Where do you keep your manuals? Oh, and which courses do I need to complete?”

The anecdote aside, you still need an intimate understanding of things like story structure, character arcs, and pacing, but the good news is that you acquire these organically through reading and studying. Agents Are On the Lookout for Great New Voices

There’s this perception in some circles, that literary agents are the gatekeepers of traditional publishing. In a way it’s true, but they’re not there to hold you back. They’re there to help you build a career.

To put it bluntly: because of how agent–writer contracts work, the agent makes money only when the writer makes money. This means it’s the agent’s best interest to nurture works that can sell in the market and take some calculated risks to help the brave new debutants. Shared risks, shared rewards.

Once you understand that, it may become easier to talk with agents. They want to help you build a career.

This doesn’t mean you have to send them flowers and chocolates, but it means that you need to get to know them. I’ll do a separate post that goes deeper into building a relationship with an agent, based on what different agents told me, but for the time being, here’s a list of don’ts:

Everyone in the industry I spoke with voiced the same complaint, 95% of query letters they receive ignore the guidelines posted on agent’s/publishers site. This means that those who did their homework have to compete with only 5% of the slush pile, which is not a whole lot.

Bilingual, multinational, non-native English writers are a growing crowd of new and emerging voices of Sci-Fi & Fantasy. Many try to hide where they’re from because they don’t want to be found out and told they shouldn’t be writing in English. They shouldn’t. The world is ever hungry for great stories, no matter where they came from. And whatever they lack in grammar can be fixed at the editing stage.

Here’s Neil Clarke, the editor of the Clarkesworld magazine, on the matter of non-native English writers:

We approach the work sent by non-native writers like any other work. We’ve published dozens of stories written by non-native speakers.

If anything, when we see someone is not native, we cut them some slack. In the end, it’s their story we’re interested in.

Next Year’s WorldCon will take place in New Zealand. I’m going, even if only to get some more of the excellent fandom vibes, I hope to see you there! Thanks for sharing, Sebastian. Sorry I didn’t meet you at Worldcon, but I’m really glad you enjoyed the con.
P.S. I built the LEGO Hoth display in your photo.

Wow! Hope we catch up on some other Con, and let me say that the Hoth display was breathtaking. I don’t have enough space at home for big lego sets, but I treasure my Hogwarts and Diagon Alley mini-display. Whenever I go to cons I can’t help drooling over what some amazing creators can do with Legos.