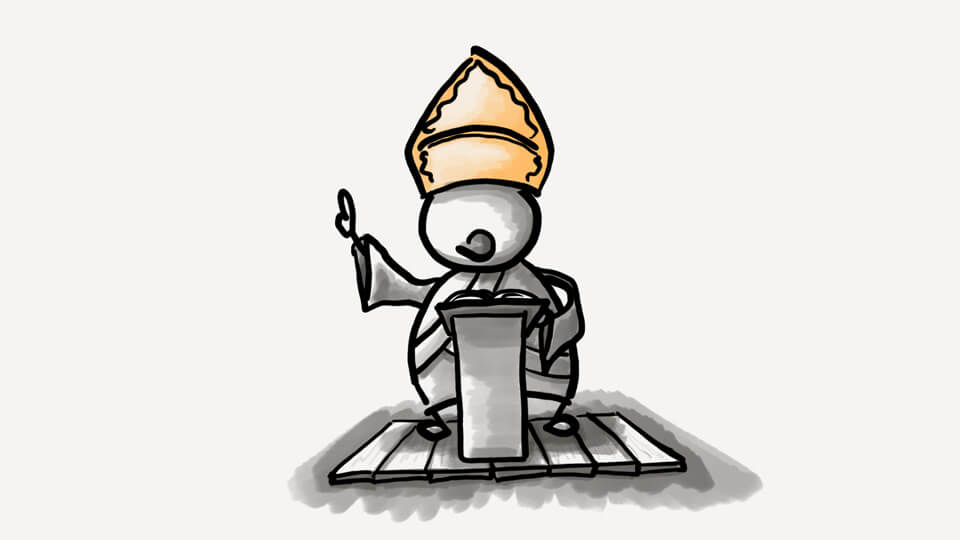 A few days ago, I wrote a boring and technical, but accurate post about how to tag your dialogue. Today, I’m writing a completely subjective and thoroughly opinionated piece about the leading causes of death among dialogue lines.

Welcome to a ‘how not to’ guide to dialogue tagging.

Why throw away a perfectly good book, though? Style guides exist to help you make your message and meaning clearer so that your readers can enjoy your story without tripping over style.

Tags Different Than ‘Said’ and ‘Asked’

Tags like ‘said,’ ‘asked,’ or the occasional ‘whispered,’ or ‘yelled’ are invisible to readers. ‘Said’ especially. It carries little meaning and appears in prose so often that people learned to skim over it. Other tags, however, have the effect of slowing readers down or even causing them to trip. Especially if there’s even the slightest hint of a mismatch between the dialogue and its tag. Like here:

“I’m not a fan of Pizza Hut. I’d prefer if we chose a different restaurant,” Jack proposed.

But he didn’t propose, did he? What then? Did Jack state? suggest? His first sentence is a statement, the next a suggestion. He proposes that they choose a different restaurant, but only in effect, making the tag unfit for purpose. For the reader, such tags cause a small glitch in the Matrix, interrupting the shared dream. The dialogue is much better off like this:

“I’m not a fan of Pizza Hut. I’d prefer if we chose a different restaurant,” Jack said.

Other times, unnecessary tags can spoil the moment. Like here:

Saying an “Aha!” is exclaimed is like explaining a joke. Of course, it’s exclaimed. What else? Whispered? Not to mention that the dot and a line appended to that ‘aha’ are called an exclamation mark for a reason.

Stick with ‘said’ and ‘asked,’ use ‘whispered’ or ‘yelled’ if you really have to, but otherwise let your dialogue convey its tone and meaning. Stray into the land of ‘inquired,’ ‘proclaimed,’ ‘exclaimed’ and hundreds of others at your own peril.

Why Do We Say No to Adverbs?

Since we’re on the subject of dialogue tags, I’d like to have a jab at the infamous adverb. Adverbs in dialogues are the bane of good prose, and whoever came up with them should’ve taken vows of silence and kept clear of writing utensils for the rest of their miserable life.

Tell me, which one reads better:

“I love you,” he said softly and tenderly, taking her by the hands.

The second one is short, crisp, and elegant. It serves the most important message for dessert (at the end). By boiling down the image to its simplest elements, it helps the readers picture the scene as more natural and powerful.

When someone says “I love you,” we don’t need to be told it’s done softly or tenderly. (Unless the dialogue is in German, in which case a stout “Ich Liebe Dich” has to be followed by at least some explanation to let the shock wear off).

Adverbs in dialogue are considered crutch words because they prop up otherwise badly written lines. Like here:

If the dialogue or its context don’t make the remark snarky, then no amount of adverbs can help it stand on its own.

“Get out of my house,” he yelled angrily.

can be replaced by a much stronger:

Don’t use adverbs in dialogue. Write stronger prose instead.

Barked, Snarled, Hissed and Couple of Others

There’s one area where even the most experienced writers trip up. It usually happens in act three when the hero of the tale lies wounded, gunshot, tired, exhausted, freshly saved from drowning, or had simply gone over the edge.

It’s in that moment that a plain old ‘said’ seems entirely inappropriate. So we end up with something like this:

“Go on without me,” he hissed.

My challenge to you is to try to hiss these exact words— or any words. While you’re at it try to bark, snarl, or maybe even laugh them. Go on. I did it just now so you don’t feel alone in this silliness.

Was it possible? Nope. Because human vocal cords don’t allow for hissing, snarling, barking, or laughing words out. You can either hiss or talk, snarl or talk, bark or talk, laugh or talk (or sneer, leer, and jeer or talk).

How should you then add the necessary drama and gravitas to the scene? Consider this:

Jon hissed in pain, clutching his wound. “Go on without me.”

The first sentence lends the tone to Jon’s dialogue line. That’s an action beat, and it is a fantastic storytelling device.

I talk about them more in this article.

Make Sure Your Manuscript is Taken Seriously - Sebastian Hetman