How the Best Writers Practice 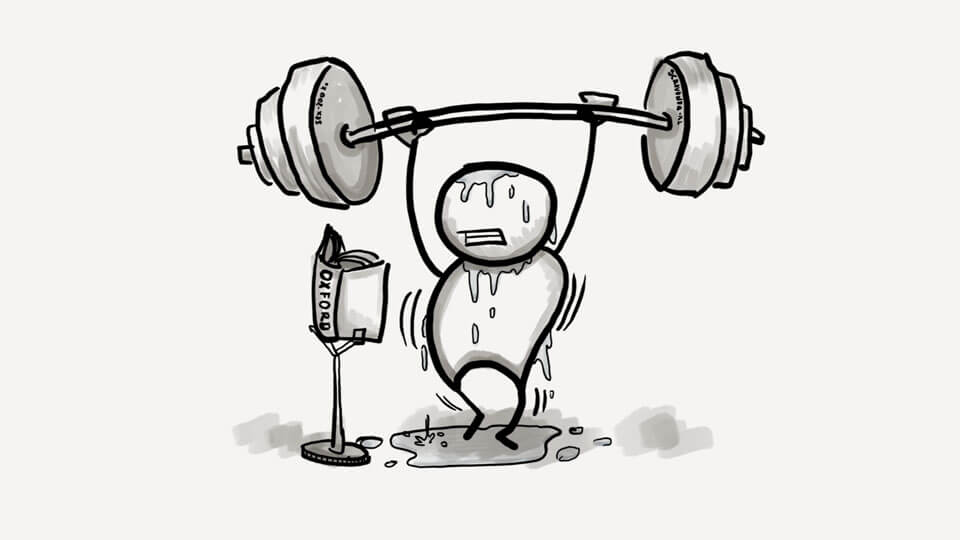 Dedicated guitar players tend to lock themselves in a room, and spend a whole day practicing the tunes or techniques that give them the most trouble. They call it shredding, but you could call it deliberate practice. Writers should take example.

Psychologist K. Anders Ericsson brought the term deliberate practice to public spotlight during his study on the psychology of expertise. The study aimed to disprove the famous statement made by Malcolm Gladwell, that anyone willing to put in 10 000 hours of practice could achieve world-class expertise in a skill. Ericsson claimed that the amount of practice isn’t as important as the method used for training.

After all, most people dedicate significant parts of their lives preparing food, and yet only a few grow to become expert chefs. Repetition and time can even be damaging to a skill if done without guidance or clear success criteria. That’s why, when practicing, expert performers break down the skills they need into smaller components and work on them separately, either under the supervision of a coach or with specific success criteria, making sure they stay on the very edge of their current abilities.

If you’d like to know more on the topic, I highly recommend reading Peak: Secrets from the New Science of Expertise. Rarely does a book offer so many new perspectives.

Alright. So deliberate practice (and lots of it) could be the best tool any creative could use to up their game. But… how? Clear success criteria in art? Pft! Have you ever been to an art gallery? Make sure you ask a couple of strangers to point you to the best painting the next time you’re in there. What else? Working on the edge of current abilities? Easy for you to say. If you practice free kicks, you can just move away a bit further. Should a writer practice typing with one hand or without looking on the screen? Come on.

There’s no denying that some skills can be harder to train methodically than others. When a writer finishes a page, sadly, a small cherub does not pop into existence over the keyboard announcing success “Oi! You there! A great page, gov. Now jog off* (The cherub in my imagination speaks in a hoarse voice of lifetime nicotine abuse. He might be a cabbie.)

Yet, writers, like all professionals, need to build on their strengths and mitigate their weaknesses if they ever hope to become world class. And the most reasonable way to do it is through deliberate practice.

* Note down beautiful writing. I know I mentioned this before in my article about non-native English writers, but it’s one of my favorite exercises. By writing down every great passage you come across, you train your brain to become better at recognizing your unique definition of beauty.
* Work through a whole Emotional Thesaurus (or use an emotional wheel). Pick an emotion, conjure up a scene around it. Research facial and visceral cues.
* Use Brewer’s Dictionary of Phrase and Fable or a similar resource to train your imagination. Open a page at random, pick an entry, and let your imagination fly. Our brains are great at seeing patterns in nonsense. Put that skill to work and try to build a world or a setting around the entries you find.
* Try rewriting great books. Reduce a scene to a few basic concepts like “John sat. Argued. Stood up. left. Disappointed.” Let it sit in the drawer for a week or two until you forget what’s in there and then try to conjure up fresh prose. Try to write something better than the original.
* Draft a story from an image. Visit DeviantArt, Reddit/r/art, or Reddit/r/ImaginaryLandscapes. The third is my favorite for this exercise. Pick an image you like and go! Don’t think. Write. Give meaning to the scene portrayed on the image, make it a part of some larger narrative.
* Practice hooks. Disclaimer: this is not incitement to violence. Many writers are rubbish when it comes to writing a good hook. It makes sense. Per book you write a hundred thousands words, thousands of sentences, endless dialogue, and only one hook. It’s the most overlooked, yet wildly important aspect of our stories.
* Thought unpacking. The idea isn’t mine, so I’ll link to an article by Chuck Palahniuk
* Eradicate passive voice – pick every single occurrence of was– or any other passive voice indicator– from your text and remove it. Do a scene or two and see how they read. You cannot use passive voice. Get creative. It will boost your editing and storytelling skills.

Today I’ll leave you with a joke.

A tourist lost in NY on his way to a concert spots a man carrying a violin case. “Sir, can you tell me how to get to Carnegie Hall?” The musician replies, “Practice, practice, practice.”