How Resting Makes You a More Productive Writer 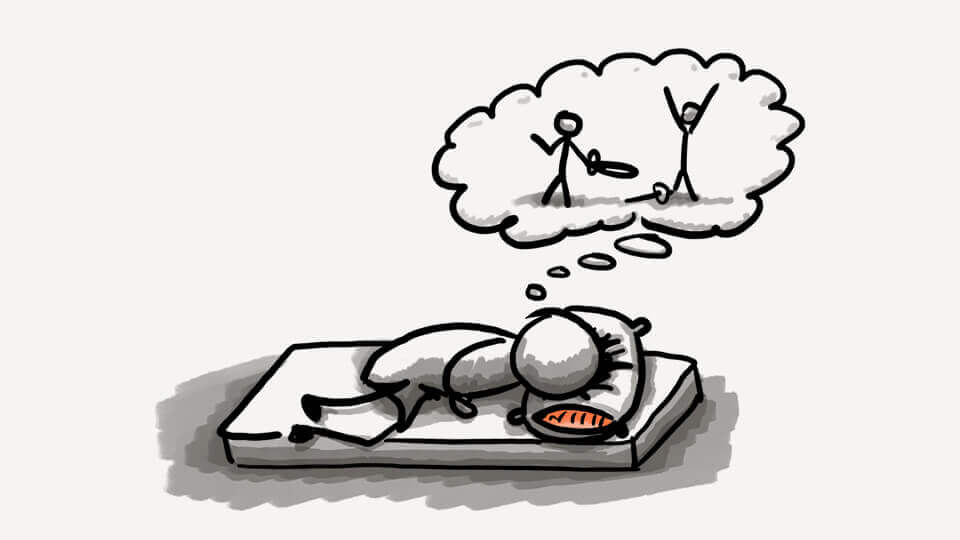 A two-week-long vacation in Spain gave me plenty of time to reflect on how chronically stressed, overworked, and driven to the edge by my own stubbornness I was. And how spending more time on my writing, resulted in getting less of it done.

I have to ask, what about you? Have you ever experienced that frantic state of mind when you finally have time to write, but the words just refuse to come out?

Most writers— already juggling a full-time job, a time-consuming passion, studying at a university, or trying to raise their kids to be decent people— have. And what if I told you that the key to accomplishing more was to do less?

These past few years, I’ve been writing no matter what. Vacations, holidays, family trips, I even plowed through the occasional flu. This time around, I closed shop and hung a big sign that said, “I’m out!”

Letting all my worries go has been one of the most liberating experiences of my life. I dedicated my time off to relax, to see what all the fuss was about. In addition, I brought with me a book on the psychology of rest, so I could learn what science had to say on the matter. The book was called Rest: Why You Get More Done When You Work Less. I found it by complete accident while browsing in Waterstones in London. I was skeptical at first; too many self-help books are of the yippee-ki-yay-you-can-do-everything variety. Fortunately, this one proved a measured and reasonable study of resting habits of people in creative pursuits. People like scientists, painters, and writers.

I’ll share the gist of it, but if you feel like you’re having trouble with winding down, I say give the book a try.

Relaxing Can Be Difficult

My basic problem with relaxation boils down to one particular feature of mine. While I don’t directly seek competition in everything I do, my brain finds it for me. So that writing becomes a race to the highest word count or the hours written, editing is like sculpting in the marble of storytelling, chipping and polishing the stone long after Michaelangelo would have called it a day. If I’m in one of my competitive moods, any silly party game can turn into a fierce championship. What’s more, I didn’t know I enjoyed dancing until I discovered Just Dance, where you’re rewarded points for accuracy of your moves.

If relaxing was a part of some competition, I would strive to be the best. But it isn’t. Nevertheless, a healthy creative mind needs to know how to unwind.

When Should You Take a Break?

If you’re like me, you always feel like now isn’t the time to stop yet. You think that cramming an extra ten minutes of writing or editing can help you get more done. But it doesn’t. When you try too hard or stay too late, the gushing torrent of words becomes no more than a wee trickle. Science supports this state of falling productivity. It boils down to this: You’re at your most productive after you’ve been immersed in an activity for longer than 30 minutes. And you can stay focused and productive up to a maximum of two hours. After which, your productivity, focus, and creativity, all go down the drain. Not only that, but you become exhausted and burnt out, making your next writing session even harder.

Sit down to write when you’re already fatigued and you pretty much sentence yourself to a slow waddle at the very bottom of the productivity slope.

To me, the world-class competitor in all things made up, the practical question is this: How do I restore my creativity throughout the day?

All of the following tips come from people who are smarter and better educated than me. These are all creativity-restoring techniques. Feel free to experiment. I know I will.

The Magic of Taking a Walk

Walking has been, for centuries, the staple of the preoccupied academic. It’s no coincidence that colleges of old have incorporated expansive grounds into their designs. Both Darwin and Dickens took long restorative walks. A quick look at our contemporaries reveals that Bill Gates and Mark Zuckerberg are walking fanatics as well.

Walking, a light level of physical activity is just what the brain needs to enter a rhythmic relaxed state, conducive to coming up with new ideas.

Tests done on a large number of participants demonstrate that after a walk, the mind is capable of coming up with nearly twice as many creative solutions to all sorts of problems.

Napping during the day, even for as little as fifteen minutes, provides a nice mental refresh for the brain. It clears itself of all the buzz and can refocus on new work. A nap can put you back at the start of the productivity peak.

As an interesting case, Salvador Dali did a lot of his work after deliberately bringing himself to the brink of sleep. He would nap holding a key over a plate turned upside down, so that the noise would wake him up right at the moment of falling asleep. This dreamlike state of mind was the inspiration for most of his works.

This technique (as well as Dali’s paintings) can seem a bit surreal. But his intuition was right. Different stages of sleep are a chance for the brain to take out the trash and dial down the level of noise. You don’t need a full night’s sleep to experience the benefits of refreshment.

We live in a culture that glorifies workaholics. People wear long working hours like a badge of honor. Put the appearances aside, though, and you’ll discover that there are very few benefits of actually working long, exhausting days.

Creative pursuits aren’t a slot machine. Working too much, too hard, and for too long leads only to stress and eventual burnout.

Writing is a marathon, not a sprint.

You wouldn’t train for a marathon after an exhausting day of physical work. That’s just asking for an injury.

There’s a club of madmen out there, who get up around five in the morning and work for two hours before the rest of the world wakes up. The idea isn’t anything new or original. Many famous creatives (like the author of Dilber comic strip) have implemented this habit to fit creativity into their busy schedules. They kept the habit long past the time where they no longer needed a regular job.

I intend to test it out myself. The first few days were tough but promising. My eyes felt dry as a raisin, but the writing sessions have been fantastic. I’ll report with further details in the next couple of weeks.

The last interesting finding is more of a scientific claim than science fact, so take it with a pinch of salt. There seems to be a kind of a limit on human creative capacity. It varies from individual to individual, but amounts to around four hours of deep creative work per day.

Extraordinary individuals, who also happen to be most creative, are often creatures of extraordinary habits, making such abstract things as creativity difficult to measure. Nevertheless, a limit exists, much like the limit of items people can hold in their short term memory (three to seven items, averaging at around four). So treat your writing time with respect.

Your creativity isn’t made out of rubber. It doesn’t stretch very far, and it needs frequent rest and refreshment.