How to Make Sure You Never Run out of Ideas 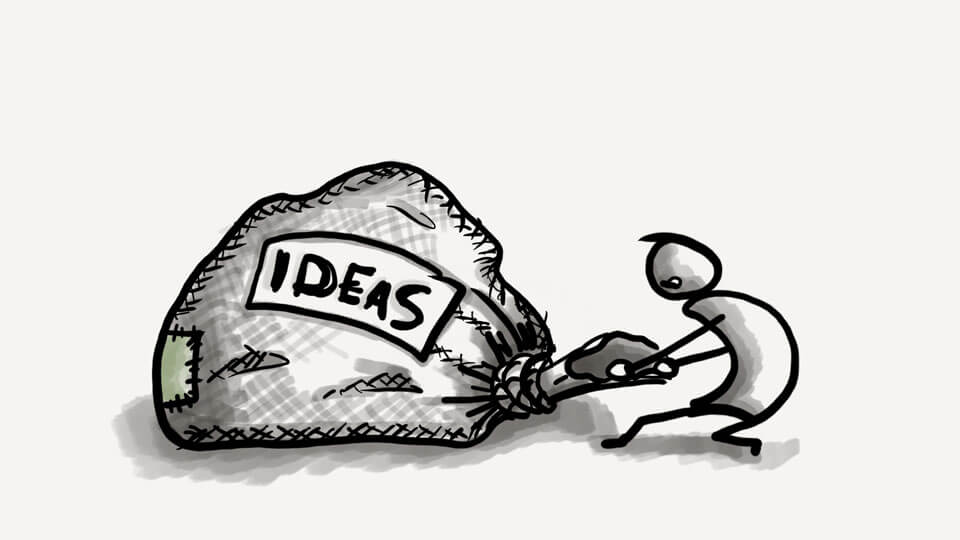 If inspiration came to us when we needed it, the writing life would’ve been a lot easier. Unfortunately, Muse is a cruel mistress. But what if you could skip that whole writer’s block and waiting for inspiration nonsense? You’d never again find yourself lacking for ideas.

This post is a follow up to a previous one about fishing for better ideas by simply catching many regular ones, then simply picking the best of the lot.

Working against the clock

Last time, I tried to show you how coming up with many ideas in a short span of time can be within everyone’s reach. Today I’ll demonstrate this exercise in practice. We’ll strain our creative muscles together and work against the clock to see how many ideas for a setting or a story can we really generate during just one hour.

I feel like doing a science-fiction story, so I’ll stick with space-themed ideas. I’ll aid myself with Brewer’s Dictionary of Phrase and Fable.

And the last thing before we begin: I’m going to write down some really shitty ideas along the way. That’s part of the fun. We want to get them out of our system to make way for the really good ideas.

As always, feel free to use anything you like in your writing.

I just passed the 30 minutes mark. I’ll pause the timer and go to see if I can convince my loving wife to brew me some coffee. My brain is buzzing!

And… done! My clock rang, and that can mean only one thing. We’ve reached the end of the one-hour mark. But what a ride!

Now that you saw rapid idea generation in practice, why don’t you try it for yourself? I’m sure that with a bit of practice you’ll never run out of fresh ideas again. Make sure you let me know where the journey takes you.