Make Sure Your Manuscript is Taken Seriously 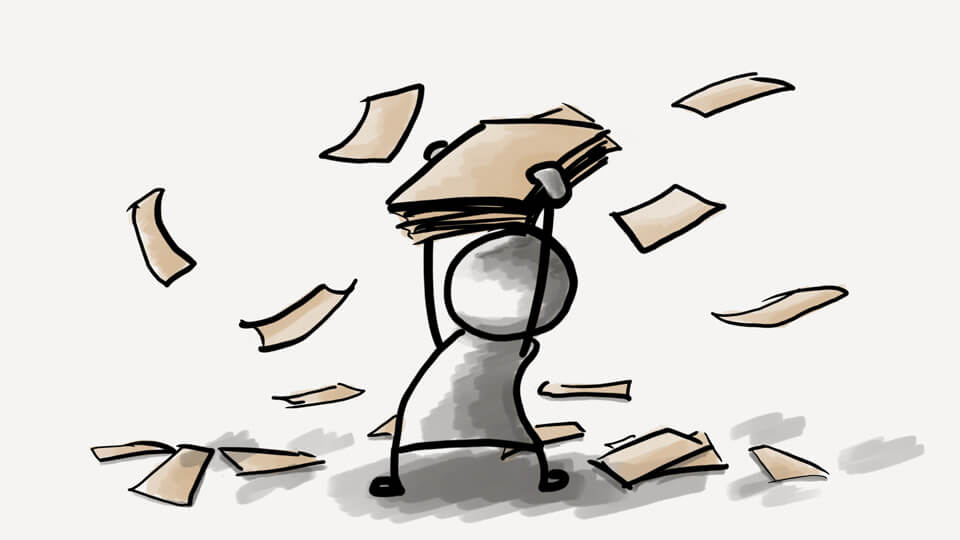 Despite there being a whole trove of material on writing well, every publisher out there keeps being flooded with manuscripts repeating the same few mistakes over and over. This isn’t a problem. Rather, it’s an opportunity if you make your manuscript stand out.

Take my advice and spare yourself at least a few dozen unnecessary rejection letters. Who knows, maybe you’ll even make some agent or editor out there a happier person.

No one starts their writing journey by discovering they can produce impeccable prose with little to no effort. We all make the same mistakes resulting from our lack of experience. Editors understand that. Whenever they have time they try to nurture beginners by leaving a couple of pointers in a personalized rejection letter. No editor I know would ever feed a beginner’s manuscript to the shredder. That’s where amateurish manuscripts go. Because, while there’s nothing wrong with being a beginner, there’s no excuse for being an amateur.

Every publisher out there, frustrated by the number of half-baked manuscripts they receive every day, has produced some form of advice to new writers. The most common issues have been stated, restated, and echoed many times over by an army of frustrated editors (or their assistants).

Some of you may react to the following list with a,

“Pfft! This stuff is so obvious!”

I can’t help but imagine Gilderoy Lockheart practicing this phrase in front of a mirror.

You would be surprised by how many manuscripts sent to publishers are barely a step up from a story written with crayons.

Most publications you submit to will have a page with submission guidelines. Here’s an example from Asimov’s Science Fiction.

Wherever you submit, follow their guidelines to the letter.

Sometimes— and for whatever strange reason this mostly applies to smaller publications— you may encounter a set of guidelines that’s too bothersome to follow. I once found a magazine that paid around $20 for an accepted story and required you to write a 500-word-long summary of the story you’re submitting.

Most big publications have a simple set of requirements that boil down to using the Standard Manuscript Format.

Half the manuscripts I edited didn’t follow the Standard Manuscript Format. I get paid by my clients so I always change the format myself and point them to William Shunn’s webpage, so they don’t trip up in the future.

The format boils down to the following:

12pt Times New Roman or Courier, double-spaced, left-aligned, first-line indent. Other fonts are commonly used too, but if the publisher calls for TNR or Courier, use that.

The reason these two fonts are preferred by editors is that they remove visual variety from our work, and let us focus solely on the quality of writing.

Most writers know how to do punctuate dialogue, but I’ve seen mistakes often enough to link this short and sweet article you can use for reference when in doubt:

Using punctuation correctly in your dialogues

A topic too big for this guide, but I wrote two helpful articles on the subject:

Do you remember the flood of vampire-themed stories after Twilight came out? Or pirate stories that followed the premiere of Pirates of the Caribbean?

Yeah. Once some theme becomes popular, there’s little point of writing in that theme. The wave of book releases that follows is the effect of publishers buying finished manuscripts already sitting in their queues. If you’re only starting with yours, your chances of publication are near zero, because by the time you’re done with your book, the fad would’ve died down already.

I once stumbled across this hilarious list from the team of editors at Strange Horizons. Make sure the story you’re writing isn’t on the list.

I think it goes without saying that a manuscript needs to be spellchecked. If you want to go the extra mile, you can use professional software like Grammarly or ProWritingAid.

We’ll enter the territory of style now, but only for a brief moment. I’ll only mention the few style mistakes that may brand you an amateur.

Ambiguous antecedents are one such mistake.

John and Frank walked down the corridor. He invited him in.

Always make sure you’re clear what your he-she-it-they-s refer to. Reword, rephrase, rewrite so that a sentence like the one above becomes.

John and Frank walked down the corridor.

“Want to pop in for a coffee?” John said.

One more style advice before I get caught by someone much more competent than I.

Don’t worry about using them in your first draft. But by the time you arrive at your final draft, you shouldn’t have more than a handful of leftovers.

Your story will thank you for the extra effort.

Search your story for all telling indicators. Words like ‘heard, knew, watched, noticed, felt, saw’ etc. Remove most if not all so that

He heard footsteps down the hall.

Footsteps echoed down the hall.

The latter is more evocative to the reader. Knowing how to show well can take a writer from good to great.

Readers don’t care for info dumps. If you serve them one, you risk losing their attention. A good story doesn’t need a paragraph of backstory.

The omniscient PoV fell out of fashion recently. Most stories written nowadays are written in either first person or third person limited.

Limited means that the narrator has no idea what’s going in other characters heads. The reader experiences the story only through the perspective of the protagonist. Keep that in mind as you write.

The Sense of Purpose

In today’s overcrowded market you want to have every advantage on your side. Producing a clean, professional-looking manuscript is one such advantage overlooked by many. It won’t guarantee a sale, but it will get your story read by agents and publishers.

I took a sigh of relief when I finally read through all the story types that SH has seen too often and my story was not in it. ???

The exact reaction I had when I saw the list for the first time!