How to Come up with Original Story Ideas 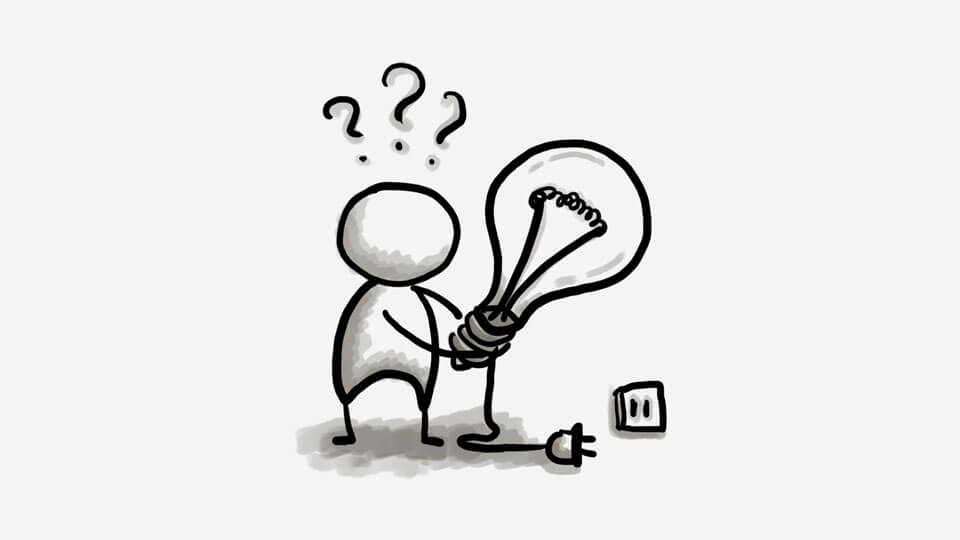 Original story ideas set the best writers apart from the rest of the crowd. But a great paradox of fiction is that while our readers like to search for fresh and original stories, they also want them to feel familiar. Readers long for wild and dangerous adventures, but ones they can have without taking off their carpet slippers. The best storytellers understand that originality emerges from how ideas mesh together, not necessarily the ideas themselves.

Think about it. The universe itself could hardly be called original. Every electron in existence is exactly the same. Every atom consists of a combination of just three primary sub-atomic particles. What else? The human body is practically a temple to the un-originality of existence since ninety-six percent of it is made up of just four most common elements (oxygen, carbon, hydrogen, and nitrogen). Didn’t stop us from coming up with language, did it? Well, another un-original creation. Twenty-six letters. Come on. But in those letters hide the two hundred twenty-eight thousand words currently listed in the twenty-volume edition of the Oxford dictionary. Same dull and repetitive words used for centuries to tell amazing and original stories.

I’ll show you how to inject the right kind of originality and inspiration into your work by looking at existing ideas. We’ll enlist the help of a dictionary and a thesaurus.

Brewer’s dictionary of Phrase and Fable

Between the covers of Brewer’s Dictionary of Phrase and Fable, you’ll find a real cabinet of curiosities. Myths, superstitions, strange characters and events. Let me show you what I mean. I opened a page at random and found this: And now we know about the bread riots in Paris. And a queen so distanced from her subjects that when told the starving populace could no longer afford bread, she suggested they eat cake instead. Utterly insane, but what a fantastic inspiration for a character. Or a setting, where the rulers become increasingly detached from the struggles of everyday folk, ignorant of the fact that the system begins to crack. A queen, like Marie Antoinette, who became deprived of her privilege and had to fend for herself in the real world. Dig deeper, still. Best ideas lie in contrasts. What if we follow a middle-aged city guard who, because of the turn of events, finds himself evacuating the queen during the riots? He, a disheveled guardsman, a commoner, not even an officer, she a pampered beauty stripped of privilege, naive, but arrogant. The story practically writes itself.

You can use this technique to enhance a story you’re writing or come up with a new one. Better yet, go ahead, and open Brewer’s dictionary again, and see how two ideas could connect. Don’t stop until you’re satisfied that you have the making of an original story.

I first came across a mention of Brewer’s dictionary when reading Terry Pratchett’s essays on writing. He admitted to having referred to it frequently to get unstuck during his work or to enjoy the endless stream of peculiarities the dictionary provides.

Before you start suspecting me of having some fetish for dictionaries, you should know that John Cleese of Monty Python used this Thesaurus together with Graham Chapman when they worked on their legendary sketches. If these two could have a kink towards dictionaries, so can I. And maybe so can you. If you’d like to join our little club, we meet every other Thursday in Birmingham. Bring your own leathers.

Right. Roget’s Thesaurus is best used when you’re looking for an exciting way your plot could develop. Our brains have the unique capacity of making sense out of complete nonsense. We can use it to our advantage.

Oh, and remember we need a physical copy. Online dictionaries are great, but you can’t open them at a random page to see what grabs your eyes.

Say I’m stuck writing a scene where… Hmm. Let’s use the story of the guardsman helping queen regent escape city riots. All his life the guard, a commoner, saw his queen as perfection personified. Working for the Royals gave him and his family a place to live and put food on their table, so he feels a strong sense of duty.

After rioters break into the palace, a chance encounter puts our hero in charge of his queen’s safety. But what will he do, when the spreading riots endanger the lives of his wife and two children? More importantly, what will the ill-adjusted queen do to make the situation worse? We know this is the turning point of our story, so we want to make it suitably dramatic.

I opened Roget’s Thesaurus and found these terms at random: careless, fatigue, sharp-edged, obstinate, shut one’s eyes to. That should do. We’ll use these exact terms to crank up the tension. Here it goes.

It’s easy to imagine the queen as this careless girl, used to getting her own way. In the absence of her court, she becomes obstinate, making her protection increasingly more difficult. Not to mention she doesn’t want to do her share of work because she claims to be fatigued all the time. I don’t know about you, but I hate her guts already. But not our guard, though. He’s utterly blind to her faults. To him, she remains a symbol of something bigger than any one person. He decides to give her shelter in his family home.

One or two days later, the queen decides her golden curls became too frayed, so she goes outside to ask one of her subjects for milk because she apparently wouldn’t wash her beautiful hair in anything as common as water.

She doesn’t think much of the event. Soon after, rioters arrive at our hero’s doorstep. They lunge at the queen without hesitation. Meanwhile, the guard’s wife, sharing her husband’s sense of obligation, protects the queen with her own body and gets a blade meant for the regent (the sharp edge). She gasps, and slides down to the floor, lifeless.

Killing one of their own has shocked the angry mob into silence.

What will our hero do?

Can you see how the whole concept came to us from a few simple terms that we randomly picked?

Sure, most of the time you won’t need to use such a technique, because you will know where your story’s going. But when you feel lost, try to feed your brain some random terms, and let it do the work for you. You’ll be amazed by the unique stories you can create using this method.

For practice, here are a couple more words I found. Be sure to let me know what you came up with: Perfectionism, clear coast, bankruptcy, drummer, masked, marry off.

I’m really impressed by how you took a random dictionary entry and couple of thesaurus terms and turned them into a stub of an exciting story. Will definitely try it out myself for creative training. Thanks!