The Strange World of Slavic Folk Tales: Perun and Weles 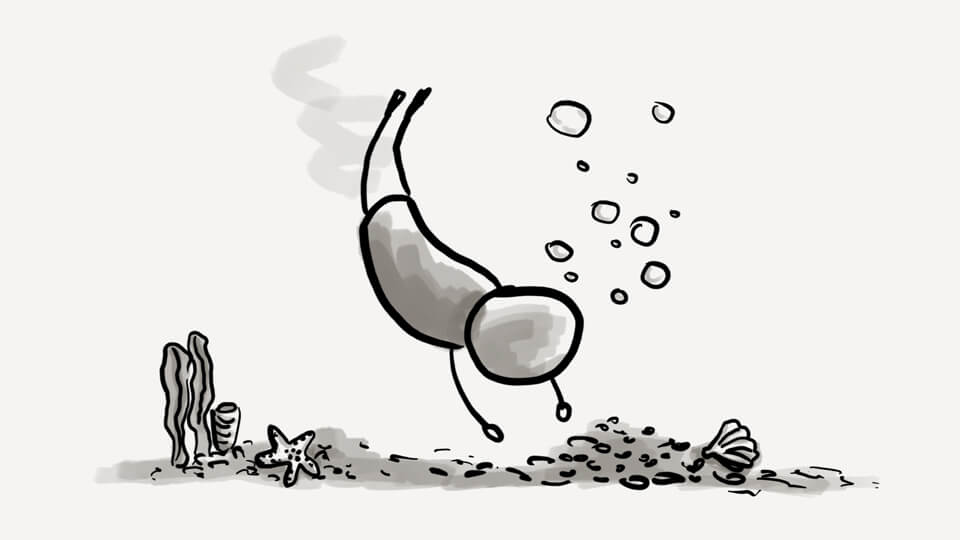 If you haven’t read it, start from part 1.

Have you ever wondered, how the land under our feet came to be? Let me tell you a very old story about two brothers Perun and Veles, the first of the gods.

They sat in a boat, drifting aimlessly through an endless expanse of water. The sky above them was pure heat radiating fire that singed the tips of their hair from time to time. And though having each other for company amused them for a while, Perun and Veles, crammed in a small vessel, tired of one another.

Perun imagined he saw his brother cast envious glances towards his precious hammer, Veles meanwhile grew bored with Perun’s primitive suspiciousness. True, the hammer fascinated Veles, but he didn’t desire the weapon for himself. He spoke his thoughts out loud.

“You say you called that thing from the burning heavens. How?”

They both looked up, and their faces lit up with orange reflections from flames raging above.

“I was alone and angry… I think. I shouted at the heavens and fire struck me from above, but I emerged the stronger one.”

To demonstrate, Perun outstretched his hand. And as if on command a whirlpool of flames opened above them. From it slipped out a thin fiery tornado, reaching for Perun’s hand with its tongue. He closed his fingers, and the whirlpool as well as the typhoon vanished.

Veles shook his head, fearing that if he spoke he’d betray resentment he felt for not having powers equal to his brother’s.

A flake of ash drifted from above, trailing a thin string of smoke, and landed on Veles’ forearm. He brushed it overboard.

“We can’t sit in this boat forever, or we’ll soon be at each other’s throats.”

“I agree. We need land to walk upon.” Perun scratched his beard, considering the waters around them. “I have an idea. Dive into the water and bring me some sand from the bottom. Tell the sand you take it in my name, and it will come with you willingly.”

Veles didn’t like to be told what to do, but because he sensed an opportunity for himself, he obeyed. He plunged into the chilly water. He went deeper and deeper until the depths became black as ink, and his feet finally hit bottom.

He reached down to grab a fistful of sand, and said: “I take you in my name.”

He kicked up and started swimming up to the boat. But as he swam, the sand trickled out from between his fingers. He broke the surface without even a single grain in his palm.

“Did you do as I told you?” Perun asked. “Make sure to tell the sand you take it in my name!”

Without a word, with his teeth clenched, Veles dove for the bottom again.

When he reached it, he used his most commanding voice:

And scooped two fistfuls of it, which made swimming back almost impossible. As he reached the boat, however, not a single grain remained in either palm.

“You must be doing something wrong, brother. Have you told the sand you take it in my name? I am the first god, it must obey me.”

Veles plunged into the dark depths again. The chilly water did little to cool his nerves.

While he understood that following Perun’s instruction would mean giving up the dominion over something new and important, he couldn’t see any other way.

“I take you in Perun’s name,” he said, loathing every syllable he spoke.

This time the sand allowed itself to be held.

But before Veles pushed off to return to the boat, he noticed a small azure stone gleaming in the mud. The stone, unlike the sand, didn’t object to his touch so he hid in his mouth.

“Do you have it?” Perun asked with great eagerness when Veles reached the boat.

Veles could only nod, for his mouth was full.

Perun took the sand from his palm. He knelt at the stern of the boat, whispered something into his hand and let the grains slide into the water. As soon as the grains touched the surface, they began to multiply and spread. First into a patch of mud, but soon after they exploded into an island, and kept growing yet.

The boat rocked as it ran aground. Perun stepped off it to admire his latest creation. His mouth hung open in astonishment, his eyes shone with wonder as land grew to immense proportions all around him.

“Ha! Can you see what we’ve done, brother!” He clapped Veles on the back.

Veles, unfortunately, had nothing to be joyful about. As land grew, so did his comprehension of how important, and utterly beyond his control it would become. When Perun wasn’t looking, Veles spat out his azure stone and concealed it in his clenched fist.

THIS IS AWESOME hhhhh