The Strange World of Slavic Folk Tales: The Beginning 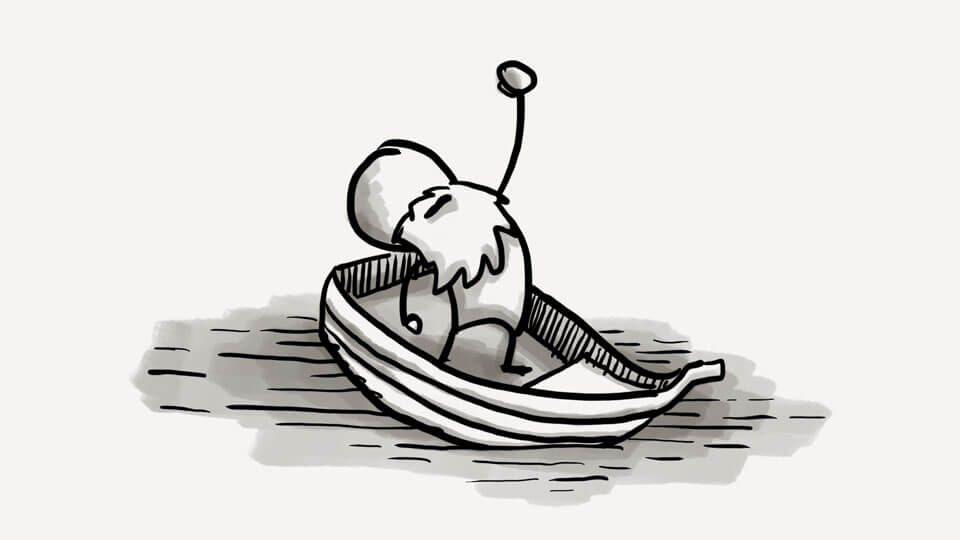 Few ever heard about how the Slavic Gods came to be. It’s mainly because my ancestors were a stubborn folk who didn’t put much stock in things written. So when early Christians arrived, destroying out the old faith proved easier than Rome would have hoped.

Yet somehow, for centuries, far away from human habitation, deep in the woods, mires, and mountain caves of old Europe, cloaked figures gathered around stone circles to burn offerings to the old gods. They asked for forgiveness and retold the old tales, hoping that one day the gods would forgive for being forgotten, and speak to us again.

This is such a retelling.

Some say the world began as an egg. Others that it sprung into being from the tension between the eternal forces of Order and Chaos. Only one thing is sure. In those early and confused moments of creation Perun, the first of the Gods, found himself sitting in a boat floating in the endless expanse of water. The sky above was pure smoldering fire. Flecks of ash drifted gently in the air around him.

Scholars to this day argue about how all that water and all that fire could spill from just one egg.

Perun fixed his gaze on the horizon where flame seemed to boil the water, and water, in turn, to douse the flame. He stared for very long, though how long exactly, no one knows for sure. He stared until a sense of loneliness began to overwhelm him. And so the first thoughts ever formed were those of sadness and anger. Why was everything so vast and empty? Distant and yet the same in all directions? Was he supposed to drift in these waters forever? Why exist if there’s no point!

Perun stood up in the rocking boat and threatened the flame above with his fist. Perhaps the burning sky could hear his cursing, or maybe it only reflected Perun’s emotions back to him. But one thing is certain: hissing snakes of lightning lunged themselves at Perun. Acting on instinct he grabbed them and wrestled down until they surrendered. His own strength surprised him, and so in a moment of inspiration, he fashioned the still cooling snakes into a weapon. They froze into stone and became the hammer he favors to this day.

The storm of emotions left Perun exhausted. He collapsed into the boat and lay there breathing heavily. The hammer, for now, lay discarded by his side.

Words, each one tearing its way to the world to be spoken for the first time, came with difficulty.

Perun dragged himself over the gunwale and stared into the water. He touched his lips and high chiseled cheeks, then ran his fingers through his ash-colored beard.

It might’ve been a trick of the light, but the reflection frowned back at Perun.

He thrust his arms into the waters of the primordial ocean and grabbed the reflection staring at him in surprised fascination. He helped it into the boat.

The newcomer looked exactly like Perun, except for his raven-black hair in place of Perun’s grey. They sat there for days before any of them spoke. Just watching each other.

”I am Veles,” the newcomer said at last. “I think we are brothers.”

The story continues in Part 2.