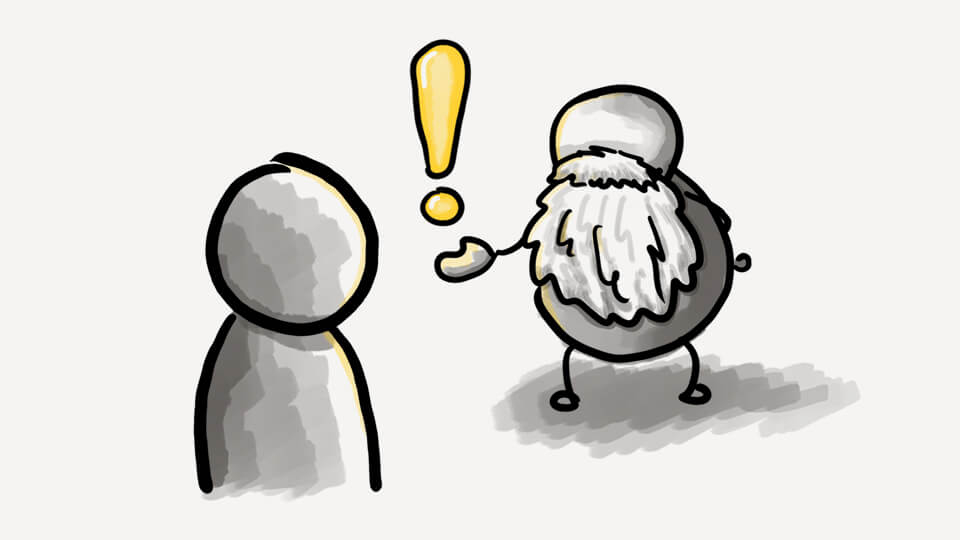 One of the main challenges of being an editor is helping writers grow into better versions of themselves. Not the kind of writers you’d like them to be (more like yourself, obviously), but more like the writers they have the potential to become. To help people grow you need a certain degree of kindness, but enough sense not to pull the punches.

I recently bought a couple of short stories written by the ever-positive crowd at Twitter’s #WritingCommunity so I could demonstrate some editing tricks by working on actual material.

Today’s story comes from my good friend @JoeProsit. It’s a fun little piece that’s been sitting in the submission queue for a while and hadn’t been picked by a magazine yet. We’ll try to fix that.

This story is imaginative and witty but suffers from a couple of storytelling flaws. You can read the full unedited piece first if you like HERE, but feel free to follow me as I go along with the edits.

One of the biggest challenges with Joe’s The Quest Giver was preserving the original, light-hearted, and highly informal tone of voice (something I’d call streetwise American). That tone is a far cry from my preferred kind of writing but at the same time, it is crucial to the originality of the piece. Without it, the story wouldn’t work.

In this article, I’ll focus on edits to the opening of the story because that’s where it needs more attention, but I also noticed some places where the voice slipped, and these would be natural candidates for later line editing. For such highly stylized pieces as The Quest Giver, the voice has to stay consistent, lest the rich flavor becomes diluted.

The kid, and he was just a kid, too young to be called a man, looked funny at the gun resting in my open palms. “What is it?”

Not a head for smarts, this one. He had an unblemished face and youthful beauty. All his days spent maturing and none aging. Oh yes, he was going to need the gun where he was going. “A forty caliber Smith & Wesson automatic, the magazine loaded with full metal jacket for penetrating armor. In case the monsters have thick hides.”

Is it a Good Idea to Open With a Dialogue Line?

Joe’s story isn’t for everybody. The opening line comes from the 1986 NES game The Legend of Zelda. The significance of it would be lost on younger readers and people who are not familiar with gaming history. This alone can limit Joe’s choices of magazines willing to publish this piece. That’s not a problem, though. As a writer, you don’t have to write for everybody. It’s enough if you write for someone.

The problem comes with opening a story with a line of dialogue. While not explicitly forbidden, it is something that magazine editors warn against.

Have there been great pieces of writing that opened up with dialogue? Sure. But mostly by established writers that get a lot more leeway with the readers.

The trouble with opening with dialogue is that the readers don’t know the identity of the speaker. Is it Madonna? Keanu Reeves? God almighty? Or just some bloke in a pub? They have no way to know. A completely natural reaction of a reader would be to skim a part of the test in search of a name they could pin the identity of the speaker against. Such a small glitch in the Matrix interrupts the reading dream before it had a chance to flourish.

Two points of light shone in the gloom like torches, revealing the timid youngster who stepped in a moment ago. The kid craned his neck to see the object I was holding up.

Or if we want to be slightly more thematic:

Two points of light, the strobbing displays of old arcade machines, shone in the gloom like pale neon torches (…)

By adding a tiny bit of description, we gave the readers a time and a place. With that out of the way, let’s move to the other component the opening is missing.

I covered this topic in the last article, but let me give you a quick summary. A solid opening needs Character, Conflict, and Premise (definitely in capital letters). Some editors say that if they don’t find them in the first 150 words of a piece they reject it without a further glance. It doesn’t mean that the story is shit, it just means it can’t keep up with today’s reader’s expectations.

I searched Joe’s story for the first mention of the conflict and found it near the halfway mark, on page 7 of the manuscript.

“Stop,” Meryl said. “You’ve been warned, reprimanded, fined, and sanctioned. The next step is to shut you down and bring you in. Is that what you want?”

Long story short, this Meryl woman wants to shut our quesgtiver down. Without him, who is going to peddle dreams and adventures to young heroes? The conflict is rock solid, perfect for this piece, but comes far too late in the script.

The Quest Giver could sport a lot more tension if we injected this looming threat of confrontation into the opening paragraphs. Like this:

Two points of light shone in the gloom like torches, revealing the timid youngster who stepped in a moment ago. The kid craned his neck to see the object I was holding up.

“Wha—“ the kid began, but at that moment the phone rang.

An ant-sized voice yapped at me from the receiver.

“Adalrich, you’ve been warned, reprimanded, fined, and sanctioned. If you don’t stop—“

“Hello?” I said, pretending not to have heard a word. “Meryl, is that you? You’re breaking up—”

Voila! An opening that has character and conflict, and just enough premise for readers to hang onto and keep reading.

I Want Your Story

In the coming months, I will be trying to write more craft articles like this one, using real-life stories as an example. I’m offering $15 for non-exclusive rights to your story. So if the thought of seeing your manuscript picked apart on my blog excites you, feel free to send it over using the contact form or hit me up on Twitter @SebastianHetman to discuss the details.

A newsletter for chronic overthinkers.