The Argument Against Talent 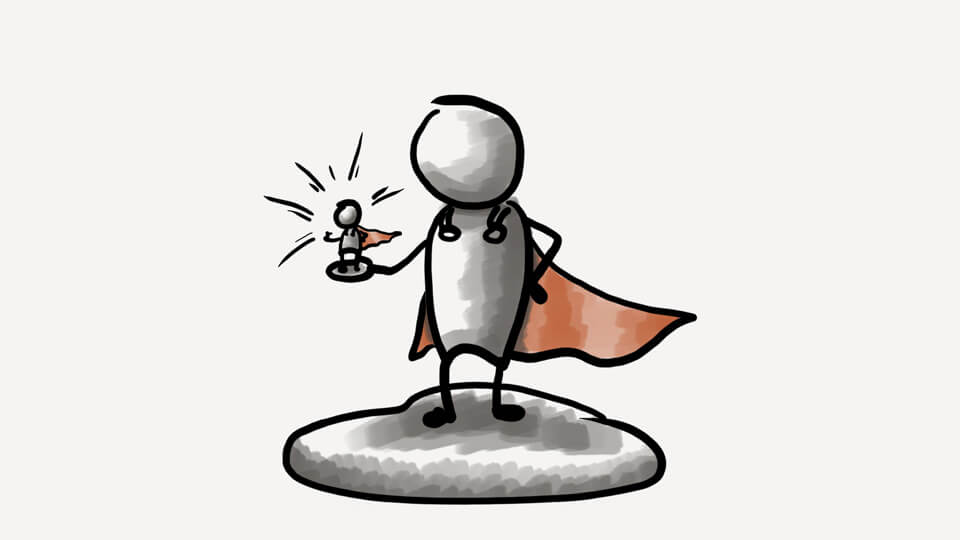 Have you ever heard people use the phrase “She’s so gifted!” or “He has such talent!”? You must’ve. And yet these words never get uttered by people who achieved an objective degree of recognition in any field. Believing in talent causes more harm than good.

I doubt that any notable sportsman would say “Oh, I must’ve had a talent for kicking a ball, I guess.” That almost implies that there he was, a regular couch potato, innocent, undiscovered, and oblivious to his greatness, watching football on television, when, all of a sudden, it occurred to him to give the sport a try. His first spectacular kick sent the ball flying over the roofs of the whole neighbourhood. It so happened that a premier league coach was driving by, saw the whole thing, got out of the car, approached our sportsman and said “Son, come with me. With a talent like yours, I’ll make you a star.”

We know that’s not how life works.

On a similar note, try to find me a successful entrepreneur who echoes my mother’s views about young, rich people from Silicon Valley. “This idea for my business occurred to me while I was eating cereal. It turns out my business idea was worth a million dollars!” Right. In reality, successful entrepreneurs are not the 20-something hipsters modelling for article headers. They’re over forty and have a long track record of failed enterprises. It didn’t take them a good idea to reach where they are. Ideas are a dime a dozen. Instead, it took them years, often more than a decade, of trying and failing.

That’s why athletes talk about training, hard work, and dedication, and entrepreneurs say how important it is to keep trying.

Why is the Talent Myth so Prevalent?

Believing in talent, or what some call a divine spark, is a convenient worldview. It’s easier to think that some people “just have it,” while really meaning, “I don’t, so it’s ok if I remain where I am.” That is what people mean when they use the word talent. Each time they praise someone else for having it, they add to their existing pile of excuses for non-action.

Having the opposite view— that with enough work and dedication a human being can reach seemingly unimaginable heights— is pretty damn uncomfortable. Strip away layers of emotions and insecurities, and you end up with statements as simple as this:

A person’s weight is the outcome of how much they eat, how often they exercise, and their base metabolic rate.

Ooof! Even typing it made me uncomfortable.

I know how sensitive this topic can be. I used to be overweight myself. However, all discomfort aside, my point remains the same. If you decide you’re predetermined to a certain fate, you don’t put the necessary effort to enact change, and as a result— but only as a result— do you seal your fate.

The weight is a really neat example because it involves a factor over which people have only marginal control: their base metabolic rate. That’s a predisposition.

Yes, there are factors in play other than hard work and dedication, but the odds are in your favor. Whatever the skill you’re pursuing, you wouldn’t go after it if you didn’t have at least some degree of a predisposition for it.

I know for example that I won’t pursue professional singing. I couldn’t care less. Besides, the world is so much better for it.

Hearing About Talent Annoys Those Who Practiced

The concept of talent assumes that a baby comes to this world equipped with some unique quality, the moment she pops out of her mother. I find that view insane.

People using the word talent to describe someone older, who already invested in practicing a skill, brush aside the whole “hard work” aspect of becoming good at something.

I remember reading once about a hockey player who was famous for his shooting accuracy. When a reporter asked him about his talent, he took her to his basement where he practiced and showed her a battered old washing machine with the round doors unscrewed. The machine, as well as the wall behind it, were pockmarked from tens of thousands of missed shots he took. His message was clear: No talent — just practice.

Another story that stuck with me is about a friend who learned how to draw well early on. When he bought books about male and female anatomy, we amused ourselves by asking him to show us the pictures of all the naked ladies. A year later no one was laughing anymore. This guy learned to draw human form to perfection. Watching his sketches back then was to us like leafing through some lost works of Michaelangelo or DaVinci.

Do you know what drove him nuts? His whole family was going around claiming that their teenage boy had some magical talent. From god, I’m sure, as his grandmother used to repeat.

This poor fellow kept trying to explain to his relatives how much work it took, how many sketches he’d done. He even showed them the anatomy books he purchased with his pocket money. No one listened.

I don’t know what became of him, but I like to imagine he’s locked up in some dusty attic, letting his imagination fly, drawing images of elaborate contraptions that people a century away from now won’t be able to figure out.

Believing in Talent Makes it Easier to Quit

My final argument against talent is that it’s completely impractical.

Assume for a moment that some people have talent. Forget years of dedication, thousands of hours of practice, sweat, and tears; there will always be individuals who worked half as hard as you and achieved better results.

What is the value of believing this to be true? Can you apply this worldview to become a better artist? You can’t. Because either you already have a talent and therefore don’t need to work as hard (a misguided illusion that led to the downfall of many great artists), or you’re screwed anyway! Why try if some force decided the contents of your life for you?

Artists cannot believe in talent. They need to think that everything can be achieved through a combination of hard work, wit, dedication, and practice. That’s what makes them push the boundaries of their skills. That’s what makes art great.

Everyone can be born into a rich family. They’ll have more money at birth than most other people earn in their lifetimes. And so what?

Mastery in art, meanwhile, has to be earned. It offers no shortcuts and cannot be bought. That in itself makes it worth pursuing.

This is an excellent article. It’s motivated me to keep going , to keep writing. Thank you, Sebastian.

This is the best comment I received for my work so far, Karen. Thank you.