Turn Your Words Into Compelling Images 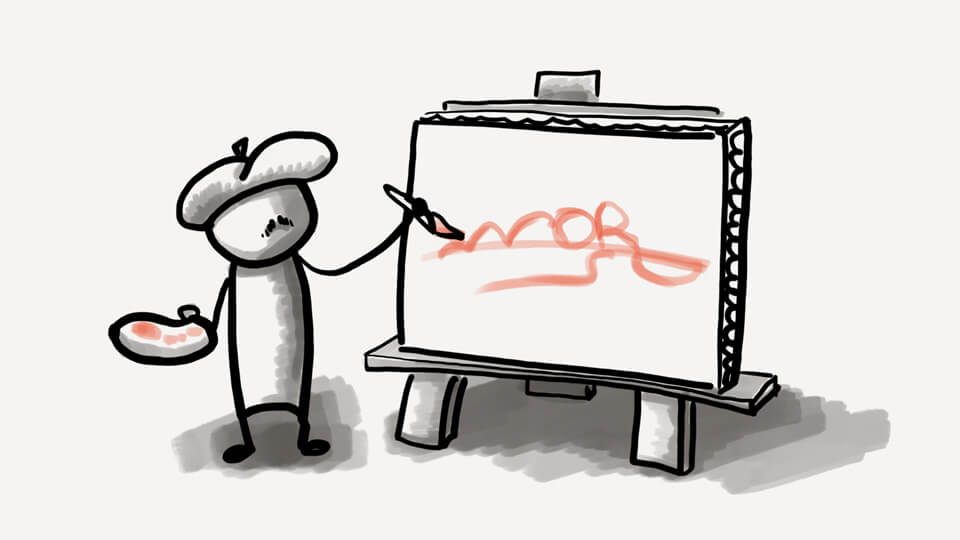 Find me a writer who doesn’t want to dazzle his readers with words. Any takers? No. That’s because each generation races to surpass the achievements of the one before. A lot of contemporary writers work to further the boundaries of the craft. But when they try too hard they risk their writing becoming too forced, their prose too purple, and their language too flowery.

The following post is about a simple technique of grabbing your reader’s imagination by arranging your descriptions to be more elegant.

When scenes or images come alive in your head they only follow the pattern of a creative burst. Like this following one:

“Okay, so there’s this pirate ship sailing. How do we know it’s a pirate ship? The flag! Of course! The crew moves about the deck. A boatswain yells at a sloppy sailor. Someone (a ship’s boy?) tripped over a bucket and spilled whatever his crewmates managed to scrub off the deck. The captain stands proudly at the helm over the quarterdeck, one leg on a barrel or a crate. His oiled coat flaps in the strong wind blowing from starboard. His eyes are fixed on the horizon far away.

“What weather are they sailing in? It should be early morning, with the sun glinting off the shifting waves of the ocean. Or should it be night? No, the day is better. Yes. We’ll stick with the day.”

“The captain has noticed all the dark glances the boatswain has been casting at him for days. He keeps one hand on the hilt of his saber.”

Let’s be honest. While the image in my head was certainly compelling, the description of it I wrote would’ve taken my manuscript right out of the slush pile and into the shredder.

How, then, should descriptions be structured to become compelling and engaging?

There has to be order.

That national credo of the German people applies to fiction too. There might not be a single right order of presenting images, but nevertheless, there has to be some kind of order that the reader’s imagination can follow.

If we break down my chaotic description into parts, this is what it boils down to:

Let’s take these elements and write a compelling scene.

This is a draft of how a movie might open by zooming in on the ship:

The strong northern winds creased the open waters. What from a distance might’ve looked like a beautiful spectacle of early morning sun glinting off crashing waves, from up close was a fierce display of the raw power of the ocean. It made the sailors onboard the Hail Mary tremble.

Water rocked the ship, tugging and pulling this way and that. To make things worse, the shifting winds threatened to capsize the galeon.

The boatswain yelled his lungs out on a young sailor who tripped over a bucket. The lad slipped on the wet deck and nearly fell overboard. His crewmates were too busy working the rigging to appreciate the show.

Captain Gerard Trebaux, stood at the helm, the tail of his oiled coat flapping in the wind. The captain’s eyes were two points of stillness in a sea of commotion, and while they were fixed on the horizon, they made sure not to let the boatswain out of sight. That man, captain knew, wanted the Hail Mary for himself.

Much better, isn’t it? The same elements, but presented in a logical order. I started with a wide shot of the scene and zoomed in on the Hail Mary, and the captain.

Let’s do another take, and see where the camera takes us this time.

The world spun around Captain Gerard Trebaux, but he managed to remain a still point dead at its center. This was all for show, of course, but a captain had to be a shining example to his men even at a time of crisis.

He set his sights on the distant horizon, just to the left of the rising sun, as if he could steer his ship by the effort of will alone.

On deck, the boatswain, that unruly and rebellious drunkard, was yelling at Gerard’s crew. Good. Men tended to forget they are terrified when being shouted at.

A wave crashed against the starboard of the Hail Mary. A fountain of water sprayed the whole deck.

Feeble men, all of them.

The captain held the helm firmly even though his shoulders burned with the dull ache of past injuries. He couldn’t show weakness.

As the ship rocked portside, the captain shifted his leg onto a crate for support. He lifted his chin, and spoke under his breath:

Again, the image is the same, but this time we view it through the lens of the captain’s point of view. We even get to hear some of his thoughts. It leaves an entirely different kind of impression, doesn’t it?

As long as you arrange the elements of a scene into a logical order, a compelling narrative will emerge. You can make up your own rules for what makes a scene compelling or logical, but once you do, you have to stick with them. The best way to think about weaving a compelling narrative is to imagine you’re following… something. In the first example, we followed a camera, in the second, the perception of the captain.

But nothing stops us from, say, following a rat scuttling between sailors’s legs, or even taking a deck by deck view.

There are as many ways to do this right as you can invent, as long as you take your reader’s imagination on a journey.

This article focuses only on the structure of a description. There are other fantastic methods of writing compelling fiction, like writing with all five senses in mind, but that’s a topic for another post.