Can You Learn to Be a Better Writer? 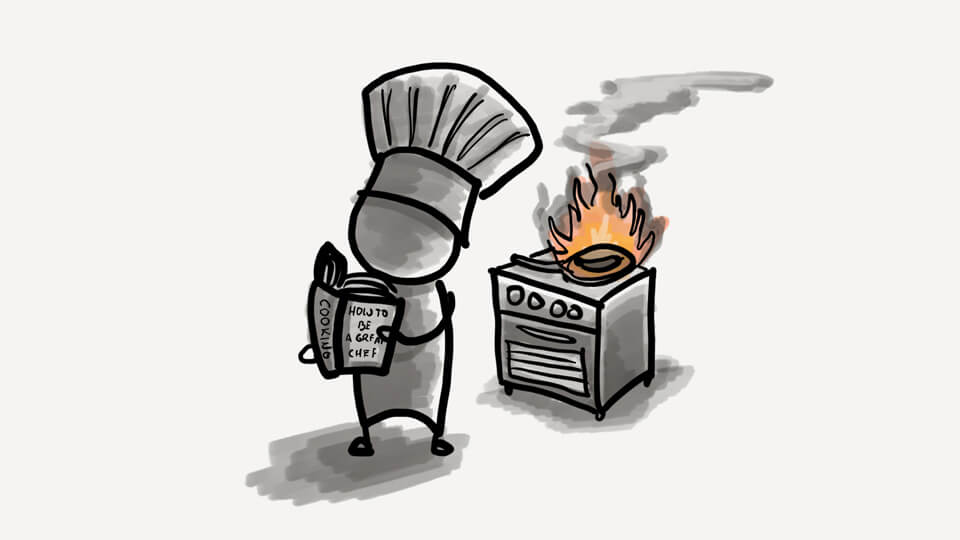 Every aspiring writer that has hope of being published or— later in their career— making it out as a full-time writer spends a lot of time reading about the craft. They, and by saying they, I really mean you (and me), read articles like this one, hoping to find the key to some understanding, or at least gaining that extra bit of insight. Unfortunately, the reason why arcane writing knowledge is so hard to find is that it doesn’t exist.

The closest I ever came to possessing what felt like a closely guarded secret was when I found out about Motivation-Reaction Units in prose. Other than that, though? Everything I learned about writing was just reading someone else, more eloquent than I, describing what I knew instinctively to be true already.

Sure, you can read about the Three Act Structure, the 52 Character Archetypes, the Hero’s Journey, the Seven Basic Plots, the Elements of Style, the Thirty Six Dramatic Situations, but will that make you a better writer?

I’ve studied Computer Sciences at a highly technical university. Half the time I had no idea what the professors were droning on about. I managed, though, to pick up a couple of cool engineer sayings. Like this one:

Writers are a bit like the IT students in that regard. The more you learn about writing, the less capable to write you become. It’s a paradox experienced by many. I still remember how my writing used to flow when I wrote my first stories. Nowadays? Every sentence is like squeezing that last blob of toothpaste that doesn’t want to come out of the tube. The number of tricks, techniques, and the sheer literary theory I carry around my head became overbearing.

Which brings us to an interesting question.

Why Some Writers Seem To Be Above The Rules?

Let’s face it. There are some people out there to whom writing comes as naturally as breathing, and who produce quality prose apparently without effort. Worse than that, writers like Stephen King seem to be above all rules.

Why would you have to learn the theory, if uncle Stephen can ignore it? It is a fair challenge.

The answer is that uncle Stephen has put so much effort and dedication into writing that rules became his second nature. He knows how to break them to make his writing more, not less, engaging.

Writing well is difficult. At the same time, every writer would like their writing to be loved and admired. Getting there, however, is a long, long road. When faced with the scale of this challenge, people react in a couple of different ways.

Some name themselves true artists, disregarding all rules as shackles that only bind their creativity. They ‘just’ write, and quit after a year of making no progress.

Others approach the problem like true scholars, and set out, determined to learn all there is to know about writing. They fall into the trap of perfectionism, and never get anything done.

The rest of us have no bloody idea what we’re doing, but over time we become so good at pretending that no one can tell the difference between us and whoever that real writer person is. We fail, and struggle, cheer, and despair, but we keep on writing. We’re the ones who succeed because we opted for the most efficient model of learning.

By the time we’re done with formal education, our brains become filled with utterly useless information. It takes people years to recover from being taught.

From the perspective of a selfish, self-serving adult, you have zero interest in learning anything new until you encounter a problem.

Yesterday, you didn’t want to know anything more about iOS or Android software design. Today, your phone got updated with a feature that pisses you off. All of a sudden you seek out new knowledge, eager to disable something that irritates you.

This kind of situation is the foundation for all modern adult learning models. I know because I spent three years of my career as a training designer and facilitator.

The basic principle here is that an adult needs to have experienced a problem first. This creates a positive desire to learn. It goes contrary to the classical model of stuffing students full of theory first, but that’s how the best and most expensive training are designed today. First practice, then theory, then more practice.

The Best Way to Learn Writing

I wrote this article to offer some fresh perspective on learning. The internet is filled with great advice and so is every bookstore you visit. The amount of material out there is overwhelming. It can make anyone feel small.

Ignore it. The key to becoming a great writer is practice.

Write, encounter problems, experience frustrations. They are all a part of the journey. Pay attention to what makes you struggle and only then seek out more theory.