Konin: What Remains of a Mining Town When There’s Nothing Left to Mine 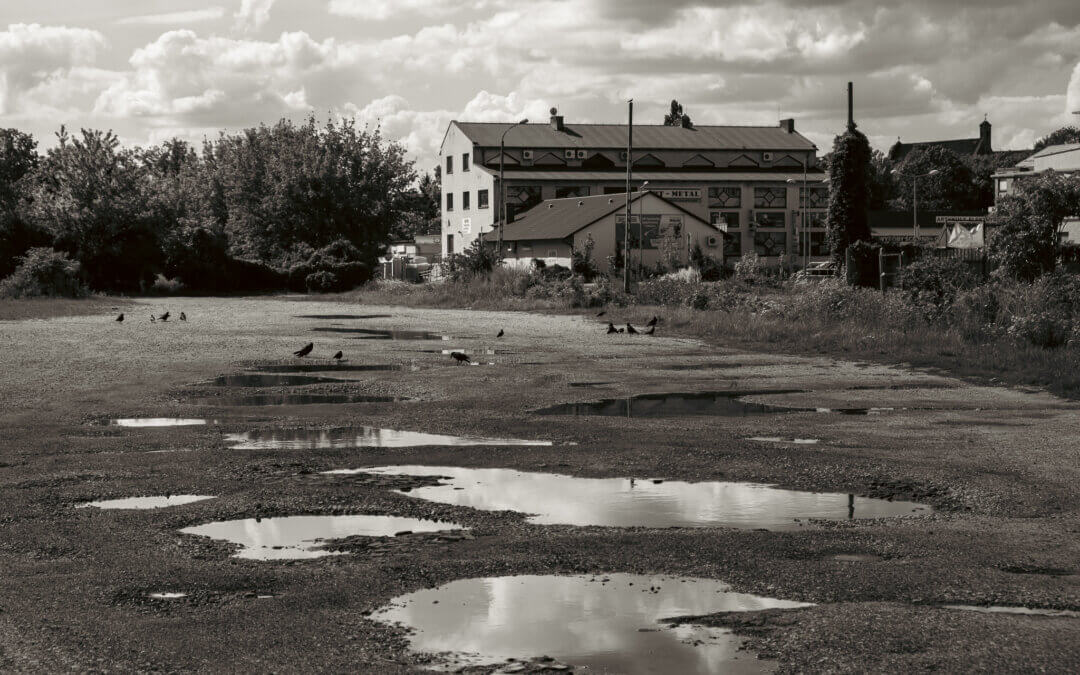 Konin is one of those places in Poland that no one visits, but everyone has heard about. Middle of nowhere. What remains of a mining town after there’s nothing left to mine. The ugliest place in Poland. Used to have 100,000 inhabitants, and now? A town where people die. That’s what they say.

Who’s They? For example, a cotton candy seller at a church fair. Patiently twirling the puffy, rainbow-colored mass over the heater, spinning sugary cobwebs. Blue, yellow, red, and green.

“This is a dead town. Nothing’s happening here. Konin is a place where people die,” he said, deadpan, handing over the finished ball of cotton candy to his nine-year-old daughter, who arranges it on display next to an assortment of lollipops—minions, batman, unicorns—colors so saturated they looked radioactive. “Last week, they asked if I want to come over. No, I said, not even if you pay me. But then the other church fair got canceled, and I had to bring my stall here.”

I nod politely while going through all the universal body language signals meaning I must go.

“I hate Konin,” he continues, new stick in hand. Shh-shh. Emerald green sugar glitters in the sun as it disappears inside the heater. “It’s so depressing.”

I generally agree with the man, but there is only so much to say on the subject. After all, I was born in Konin and had the unusual privilege of spending my childhood and teenage years here.

You should see it at its prime. Thirty percent unemployment. Schoolyards done in gravel and hard concrete. The football pitch was pure dirt, so we had to sweep broken glass before every game. Apartment blocks built on the quick just twenty years prior, crumbling apart already. Rampant alcoholism. Everything grey and soot-stained. And then a magical gateway opened. Pepsi, Snickers, Cheetos, western toys, translated books, and finally, a real Playstation, not a Russian knock-off. Too little too late. The moment the gate to the west cracked open, thousands of people like me, eager to live like Europeans, squeezed through the crack and fled.

These days it’s not so bad. The local authorities are right-wing enough for the government to keep funneling hefty sums of EU funds to rebuild and renovate.

Luciano, an Italian friend of mine, joined me for the trip.

“The way you pictured it,” he says, “it sounded like Baghdad. But it’s not so bad, no? This could be anywhere in Europe.”

I wonder. Was it all in my head? The way I remember this place. How can I explain that it’s not only what a place looked like but how it felt to grow up here? The absolute poverty. The isolation from anything western. Long after the borders opened, your only window to the wider world remained the bulging display of a television set. The church looming over every aspect of your daily life. The pettiness and mentality of distrust… How do I show that to an outsider?

There was this experiment they did on monkeys. Can’t remember the name, but it went like this: You put five monkeys in a room. In the middle of the room stands a ladder, and over the ladder hangs a beautiful yellow banana. But the moment any of the monkeys touch the banana, all of them are administered an electric shock. It doesn’t take long before the tribe learns to avoid the ladder and the dangling banana.

And then, researchers start replacing the monkeys. One by one. Of course, the new arrivals have no idea about the banana and the electric shock, so the other monkeys must teach them to stay away. Often resorting to violence. The banana is out of bounds. Don’t go anywhere near.

Can you guess where this is going?

Soon enough, the tribe has been completely replaced. None of its current members have ever experienced an electric shock while trying to reach for the banana and still don’t dare go anywhere near it. And, whenever a new joiner, the upstart who doesn’t know better, tries to climb the ladder, the tribe drags him down. Oh, and by the way, the electric shocks have been turned off for a while.

The tribal culture persists. The banana is not to be touched.

I don’t think I can come up with a better metaphor for how it felt like growing up in Konin.

“Never trust people at work. They will use you the moment they get their chance,” one uncle would say.

“Don’t share what you know. Keep it to yourself. Don’t ever give it away for free.”

I remember more than one argument with these well-wishing aunts and uncles or friends of my parents. It always ended the same way.

“You’re too young. You will learn.”

Fortunately, I never learned, but that was largely because of my parents, who also happened to be running away from a kind of life they didn’t want for themselves or their children. How did they do it? I’ve no idea. It’s their story to tell.

My mother asks me regularly, “Why do you keep taking such ugly photos?”

Talking about it out loud, dragging Luciano from one run-down corner of town to another, trying to prove against all available evidence that Konin is much worse than the slums of Baghdad could ever be, I realize:

“What if, for me, photography is a way of reconnecting with my childhood? The soviet-era cityscapes a perverse gateway to a simpler time of my life?”

Now that would be genuinely fucked up, wouldn’t it? Worth at least ten hours of therapy. It rings true, however. Twisted. But human.

Greatly enjoyed this read, Sebastian! It’s a very “you” kind of story, and I love that.

Thank you! “very you” Sounds like something I should save and consider for future reference.