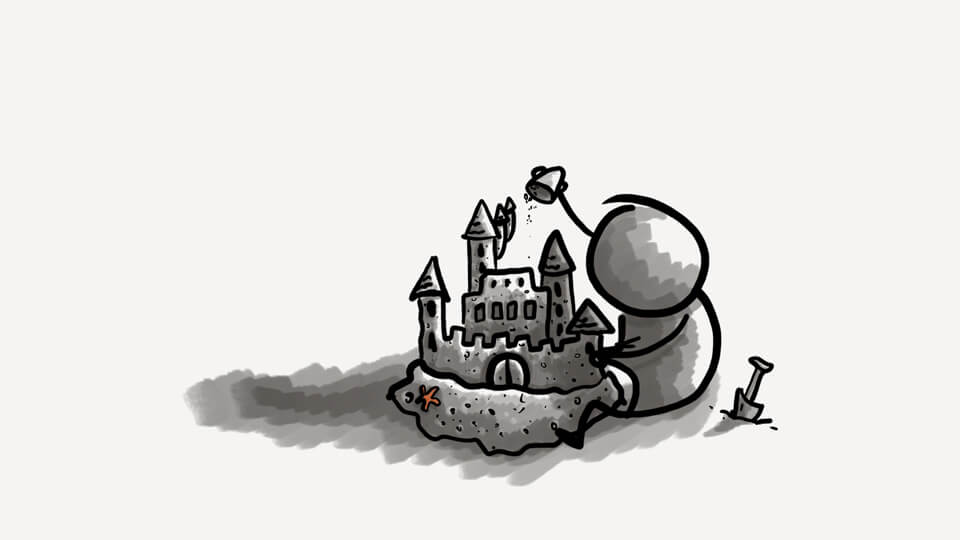 People read because they like to be transported to a different place and a different time. To keep up with demand, writers of all genres keep outdoing themselves by coming up with more detailed or elaborate settings where their stories take place. We’re the CGI artists of fonts and paper. Unfortunately, a lot of times worldbuilding falls flat, and all the effort involved goes to waste.

Huge settings seem an afterthought to the action taking place in only a few uninteresting locations, people from exotic cultures speak in a way that’s no different from our own, and the distinctiveness of the historical period comes down to the hero’s choice of outfits.

Today I’ll show you how to avoid these pitfalls and make the most out of your setting.

The Show (Don’t Tell) Must Go On

Say you’re writing a novel set in the Middle Ages. As you write you come up with a really nasty character; a baron who rules with an iron fist. So you type:

“The lands were ruled by a baron who governed with an iron fist.”

Odds are, twenty pages ahead, you readers won’t remember there was a baron in the first place.

Writers like George R.R. Martin don’t need to tell their readers that a baron rules with an iron fist. Readers find that out for themselves, by seeing prisons filled with malcontents, seeing punishments handed out all too easily by city guards, and learning about the son of the said baron who screwed half the peasant girls in his father’s domain.

Before the readers meet Baron Iron Fist they will already have developed strong feelings toward this character. That’s because George sure knows how to make readers care or hate by letting them witness the dirt of his world first hand.

We’ll talk about a few different techniques in a moment, but the core skill I’d like you to take away from this post is to always show everything important in action.

(The importance of information is a key distinction between things that need to be shown and ones that the readers can only be told about.)

Make Your Setting a Part of Your Story

I recently read a space opera where humanity was but one of many species inhabiting our galaxy. Among those species were factions and alliances. The author claimed that any missteps by the heroes could have far-reaching political implications.

Except it couldn’t. The only way this wider world manifested itself was when the author told the reader that things were a certain way. As a reader, I never encountered any of the alien races. I heard about the warring factions, but I couldn’t take sides because why one faction stood against another was a complete and utter mystery. Therefore, any looming conflict felt purely fictional.

I still enjoyed the book, because I’m a sucker for space opera, but the story could have been so much better.

Whenever you write, ask yourself: Which parts of your setting are important? Be clear and precise when you list them. If you want any item on your list to be as true for your readers as it is for you, it absolutely has to become an integral part of your story.

Oppressive governments? Fine, show their oppression at work. Segregated society? Great, show how the segregation impacts your heroes (extra points for emotional impact). Alien species? Amazing, I’ll buy your book, as long as they appear side-to-side with your characters. Warring factions? Spectacular! Show their core values at odds in a way that forces the protagonist to pick sides.

One of the easiest mistakes to make when worldbuilding is to say a place is this or that and never dedicate enough attention to show it in practice. Here are some examples of how to do it right:

A corrupt town Take the time to show corruption at work in your story. Either as an obstacle or as an uneasy way for your protagonist to solve his problem. One way or another, you need to make your world feel unfair.

An abandoned place Describe to your readers the toys abandoned right in the middle of play; empty cars covered in lichen, resting on flat tires, show houses with broken windows, wind tugging at what’s left of torn curtains. The reader has to feel lonely just by imagining this place.

A realistic world Realism is trendy in all sorts of fiction nowadays. To achieve the right level of realism you need to make life happen to your heroes. Let them get sick, or fired from a job, have them struggle for cash, or affected by one of a thousand ailments characteristic to your setting.

Whatever the flavor of your setting, find ways of making it a part of the story.

Introduce the Denizens of Your Setting

Since you’ve already invested a lot of time in designing your setting, why not cash out by introducing some characters with deep roots in your world?

Go back to the list of things that make your world unique. Try to conjure the image of a character that could be the embodiment of each one of the traits you listed.

You’ll make your supporting cast so much interesting. While you’re at it, give each one a unique voice too.

One of the many reasons behind the success of The Expanse books is how distinct and diverse the characters are. The authors (there are two of them) went as far as developing separate lingos.

Strange Ways of the World

Depending on how far off from everyday life you setting is, you might want to consider introducing some strange social dynamics. I’ll use an example.

After WWII Germany was divided between the victors. Allied forces got West Germany, the Russians— East. The communist party ruled by oppression, enforced by the so-called apparatchiks of the Ministry for State Security (also known as Stasi). At the peak of its power, the Stasi apparatus operated at such high efficiency, that a hundred thousand ordinary citizens became regular informants.

If I ask you to imagine a Stasi apparatchik, you’ll probably think about a sad-looking, unshaven man, wearing a brown trenchcoat and a soft felt hat. A proper scary agent.

The reality was even scarier. Most people running the Stasi oppression machine were regular citizens. Among their top agents, or informers were: a punk rock band leader, informing on her fans; the newlyweds best man, informing on his friends; a top athlete informing on his colleagues.

Whenever you can, avoid mysterious figures walking down empty alleyways. Take the time to show something even more real, and the readers will love you for it.

How Readers Form Impressions of Your World

Harry Potter feels like magic because the readers experience magic time and time again. Middle Earth feels vast because we literally traverse it alongside Frodo and Samwise Gamgee.

Let your readers experience what your world is really about, and their impression of it will grow in their mind like a fungus.

And I think we should leave it at this one disgusting-yet-accurate analogy.