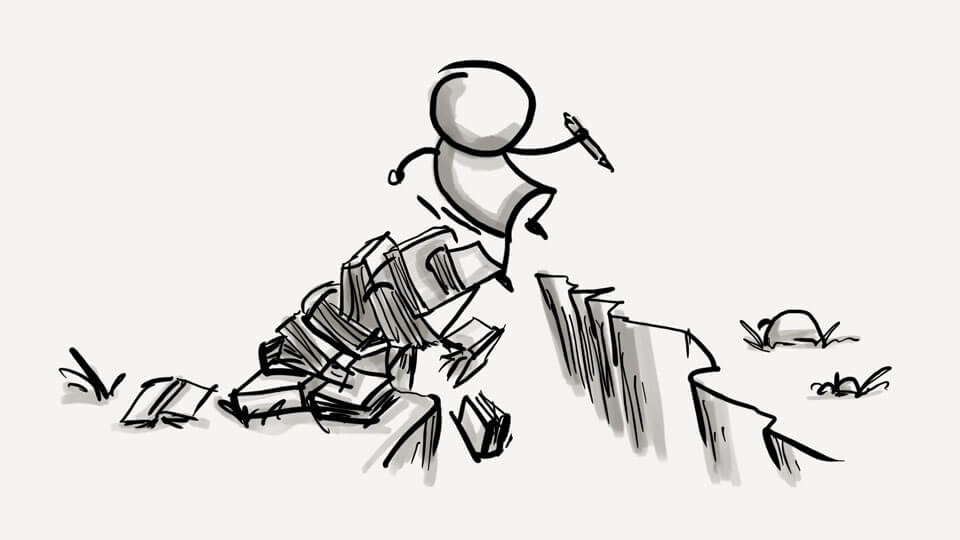 Vivid images of caravans and boats filled with those fleeing from war or poverty, make it easy to overlook an entirely different migration taking place on an unprecedented scale. Creatives migrate between cultures. Some, like writers, can do so without leaving their homes. The reasons can be as many as there are people who do it, and then some more.

It might sound strange today, but when the “Goblet of Fire” came out in 2000, my wife had to wait three weeks before it arrived at our bookstore. It still waiting for a translation. Technology like Kindle wouldn’t appear for seven more years, and cellphones back then, though they could play snake and send overpriced text messages, left things like mobile internet sounding a lot like science fiction. Despite all that, the growing interconnectedness of the world of the nineties seemed to be enough to nurture a widely spread culture of non-native English readers.

It’s no surprise some of them turned writers.

Can you tell the difference?

As an editor or sometimes a critique partner, I worked with both native and non-native writers, and the differences aren’t as obvious as one might expect. In my experience, the non-native English writer comes equipped with a fantastic vocabulary marked only by a certain imperfection of grammar.

Let’s face it. Someone not dissuaded from pursuing creative writing in English, despite their linguistic disadvantage, is very likely to be determined and hardworking. Or at least bloodyminded.

Unfortunately, non-native English writers also carry of insecurities and suffer from the impostor syndrome, afraid of being found out. But hadn’t everyone felt like an impostor at some point in their lives? I know I did.  begins a new job with full qualifications. Indeed, some spend years in office and still don’t understand what it is they were supposed to be doing.

While each native language creates its own unique set of issues for those wishing to learn English, in general, it isn’t that bad.

The one problem shared by most non-native English writers is their lack of professional confidence.

I don’t want this post to get too wishy-washy, so I’ll steer clear of further psychoanalysis, and stick with what’s important. Obsessing over linguistic details and technicalities can lead any writer astray, to the infamous valley of perfecting your style or the grotto of finding your voice, and away from more practical considerations like, oh, I don’t know… learning about this whole storytelling thing?

Being rejected is a frustration shared by all writers, but a non-native English writer can conclude that the rejection must mean his or her English wasn’t good enough. And so they spend even more time on technicalities, rather than coming up with more stories or devoting more attention to their characters, conflict, and story arcs. This mindset can lead to stories written in near perfect but needing a lot of work in other departments.

Whether you’re a native or a non-native English writer, steer clear of perfection. Learn about storytelling techniques, but do yourself a favor and just write from time to time.

Here are some cool learning techniques I found while doing research for this post. Can be used by all types of writers.

1. Note down beautiful writing. Each time you come across a particularly good passage, pause. Note it down. You’re training your brain to pay more attention to the style that you find most attractive.

2. Listen to audiobooks whenever you can. Who said Anna Karenina by Leo Tolstoy couldn’t be read to you while you’re doing the dishes?

3. Read your favorite books out loud. While we read, the eyes have a tendency to skim over whole passages. Reading a book out loud adds that the author’s distinctive voice to your own library of voices, and makes life that one bit more interesting.

4. Read great writing. Think of the writing you consume as food for your brain. Flash news sites feed our primal desire to stay informed but are often written in haste. Find a news source with a high quality of writing like The Economist or New York Times.

That’s all for this post. Do you know of any interesting methods of training that could be useful for other fellow writers?