The Strange World of Slavic Folk Tales: The Land That Wouldn’t Stop Growing 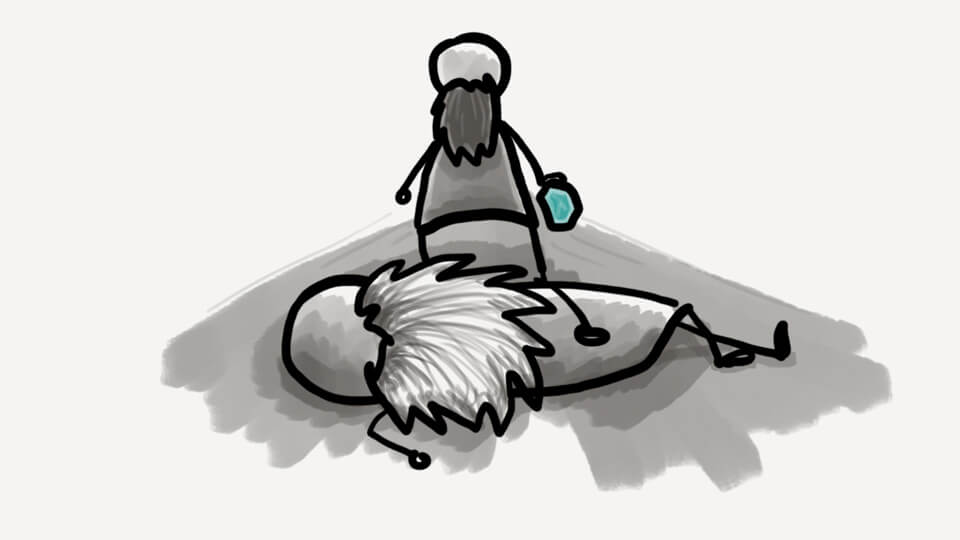 Somewhere in the world, under an insignificant grass-covered mound that locals call Mount Bald, unbeknownst to anyone, lies a tomb of an ancient Slavic ruler.

Wood-carved statues of all the gods surround his coffin and a pile of worldly possessions, heads bowed in mourning. Though centuries made clay pots crack, and darkened the gold coins that spilled out, the coffin and the eight oak statues remain fresh as if only carved yesterday.

Not far from the mound rest eight lichen-covered boulders. On the days where the wind blows particularly strong, the standing stones howl, wheeze, and whisper to anyone who would like to listen. They tell the tales of Perun and Veles, the first two gods, and how their rivalry molded the very world we inhabit.

But of course, nobody listens anymore.

This is Part 3. I highly suggest you start from Part 1.

Moments After a Few Grains of Sand Grew to Become Land…

Perun wiped the sweat off his brow with his forearm, thinking the sweltering heat must be getting to him. Despite the assistance he received from Veles, the creation of land drained Perun of his strength. He tried to blink away the fatigue.

“I… I think I need a rest, brother,” he said, surprised at how feeble his voice sounded. His backside touched the ground before he knew he was going to sit.

The earth below hummed and throbbed, still expanding, reaching beyond the horizon.

People of today would compare the sound to the rumbling of an active volcano, though at the time, there were no volcanoes, no mountains, no hills, or mounds— only a vast stretch of fresh dark soil going in all directions.

“It won’t… Stop… Growing…,” Perun said. He laid his head down on a bed of earth.

Veles, though in a foul brooding mood, still coming to terms with the fact he lacked the powers of creation Perun had in such abundance, understood at once what was happening. Perun might’ve been able to tell a few grains of sand to grow into land, but he’d forgotten to tell them to stop. As earth kept expanding, covering vast swaths of the primordial ocean, it drained Perun of his strength. And it would keep doing so until—

Veles gazed out over the growing domain. This could all be his, if only he let Perun destroy himself with his incompetence and careless use of power.

Look how lies on the ground. Pale and limp.

Veles knelt next to Perun, and for a moment did nothing but observe the movement of his brother’s hairy chest. Each breath came shallower than the one before.

Absentmindedly, Veles turned in his fingers the stone he found while trying to bring Perun some sand from the bottom of the ocean. It would be oh so easy to hasten things now. He wouldn’t have to wait for Perun to expire.

“Oh, brother, what should I do with you? You command so much power; I so little. And yet here you are at my mercy.”

Veles stared out into the open.

All this could be his — the whole world.

True, he might not command the same primal powers of creation that Perun does, but he would find other ways. Such power. Perun had managed to summon the earth on a whim.

On a whim. The same Perun who now rested still and breathless, inches away from death.

What if Veles never found other ways? What if letting Perun die because of a foolish mistake left the world exactly as he made it, and nothing more? Forever. No. Veles couldn’t bear the thought. He had to see what his brother was capable of first.

He drew a rough circle on the ground and pressed his palm to its center.

Perun gasped like a drowning man breaking the surface long after he ran out of air. He rolled onto his belly, heaving with hacking coughs, barely able to prop himself on his elbows.

Perun. The first god. Helpless. Though not, Veles knew, for very long.™