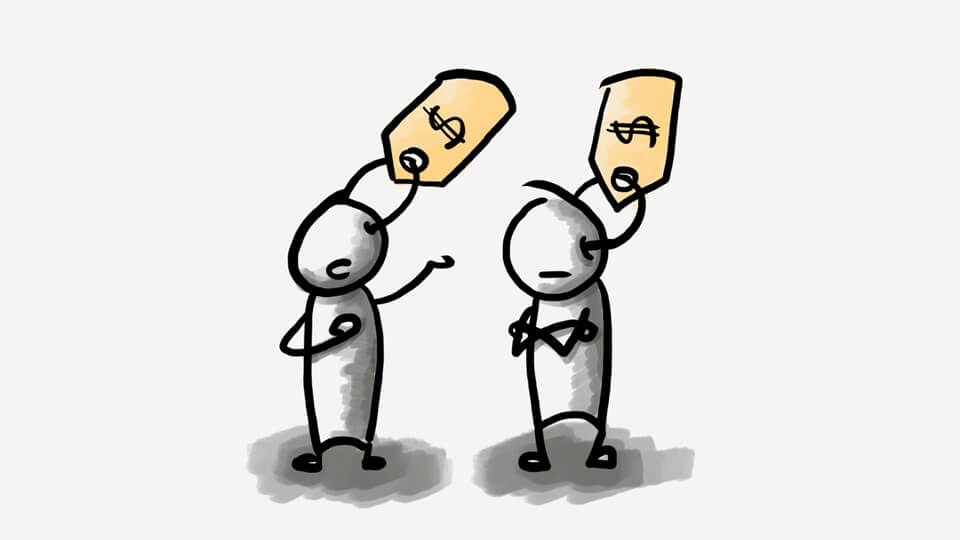 We all want the dialogue in our stories to convey emotion. We want the heroes of our stories to be real to the point of bursting out of the page, grabbing the reader by the front of their shirt and saying, “So, do you believe in me now?”

Too often writers overdo the tagging act and the dialogue ends up bloated with unnecessary tags. Instead of adding to the narrative value, the writer ends up jarring the reader, intruding on their story experience.

This post is about tagging your dialogues in a crisp and clean fashion.

Most readers skim over anything like: John said, Sue said, he said, she asked. It’s such a repeat occurrence in fiction that readers learn to ignore it. Even when encountering the tag used with the name of a character, like John or Sue, readers will only see the rough shape of the name to put a face to the line being spoken.

For whatever reason, the moment people decide to become writers, they become suddenly oblivious to this rule of fiction. Writers tag their dialogues left and right, panicking that if they use the word said more than once, they will be deemed repetitious.

All ‘said’ and ‘asked’ tags are completely invisible to the reader.

The primary function of a tag is to assign the speaker to the line being spoken. That’s it.

I’d like you to imagine a scene involving an elderly woman with her granddaughter. If we write:

“I can’t find my bracelet.”

The readers won’t know who’s speaking. The grandmother, as well as the granddaughter, could’ve spoken that line. That’s why we need to tag it appropriately.

“I can’t find my bracelet,” the girl said.

But some dialogue doesn’t need to be tagged at all:

“I can’t find my dentures.”

You’re free to leave the tag out because readers will automatically assume it’s the grandmother speaking.

A secondary function of a ‘said’ tag is to introduce a pause.

Since “Bob said” is invisible to the reader it does a wonderful job of inserting a pause both visual and phonetic. You can use this device to play with your character’s voice.

A tertiary, though not so often used, function of a ‘said’ tag is to remind your readers who’s who during those really long exchanges. A more elegant solution is to do it through action beats, but we’ll talk more about that later on.

Two characters conversing is the most common type of dialogue in fiction. As long as it’s only two people alternating with each other, you only need to establish their identity once at the beginning of the dialogue.

“What? This little thing?” Tod said.

“I have a team of snipers ordered to take you down the moment your finger touches that trigger.”

Half a page is about as long as you can go without needing any more dialogue tags to remind your readers who’s speaking. If the dialogue runs longer than half a page, odds are your readers may become distracted or confused. And nobody likes to backtrack four pages of dialogue to work out who’s threatening whom.

You get extra points for style if you use action beats instead of dialogue tags.

A great solution to many of our dialogue-tagging woes is the action beat.

Sue pursed her lips. “It’s better if you leave.”

With this construction, we don’t need to tag the dialogue at all. The action beat did that for us.

One enormous advantage of this over classic tagging is that a beat serves two purposes; It lets the readers know who’s talking and it makes the scene more lively with action.

As with everything, dialogue beats should be used in moderation. Insert too many and all of a sudden your readers feel like they’re watching some stage performance. Besides, some situations call for the use of the classic construction of:

“It’s better if you leave,” Sue said, folding her arms over her chest.

Here the action can take place concurrently with speech. The readers see Sue folding her arms as she’s speaking rather than before or after her line.

You should think of dialogue tags as a method of visual organization. Much like headers on this blog.

And the one place that should become thick with dialogue tags is a scene where more than two characters talk. A three- or four-way conversation is in dire need of organization, lest your readers start mixing up the speakers. You should still try to keep the number of tags as low as possible— after all, even a six-way debate consists of a number of subsets of two-way conversations— but make sure it’s always clear who’s speaking.

You can’t talk about dialogue tagging without mentioning all the popular mistakes; Atrocities like:

“I love you,” he whispered softly.

We’ll address all the ‘boomed-loudlies’ in the next post.

You won’t find anything about dialogue punctuation in this post. Here are some great guides I used for reference myself:

[…] few days ago, I wrote a boring and technical, but accurate post about how to tag your dialogue. Today, I’m writing a completely subjective and thoroughly opinionated piece about the leading […]

Make Sure Your Manuscript is Taken Seriously - Sebastian Hetman