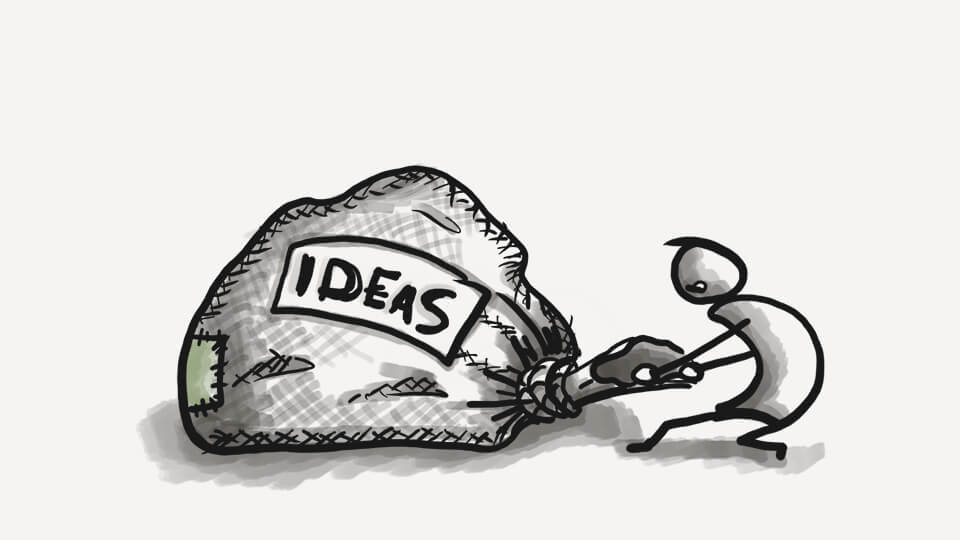 You find creative methods in the unlikeliest of places. This one comes from my years of work in the pharmaceutical sector. That whole industry is a serious business with little or no room for error. After all, human life is at stake.

The 5 Whys technique is used in manufacturing and IT to help companies find and understand the root of a problem. We’ll use to get to the root of a character.

Meet Buashey, a character from a novel I’m currently working on. I haven’t got around to fleshing him out yet, so he’ll make for a perfect example. Buashey is a wealthy baker, a figure central to the village life, and his family business; he’s also a boor and a wife-beater.

Buashey bullies his wife and four sons into subservience, but the youngest of his children, a daughter called Mira, appears to be beyond his toxic influence. He never raised his hand on her, even though he’s been using violence to solve problems all his life.

For meaningful characterization, you should start working off either goals (“Everyone needs something, even if it’s a glass of water.” Kurt Vonnegut) or habitual behavior (the one behavior we default to most of our life because it has served us well thus far). For Buashey, I think, the latter makes more sense:

No one likes to think they’re violent and boorish even if the rest of the community sees them that way. Buashey is convinced he’s doing everybody a favor. He’s… dispensing justice. That’s how he sees himself.

Because the world has gone too soft. And it needs a bit of reminding now and then that most problems have simpler solutions. Sure, Buashey may be a bit rough around the edges, but he’s capable. Solving problems with violence has served him well.

Because he doesn’t know a better way of solving problems. (Oooh, I like where this is going.)

Because, despite having enough charisma to boss people around, he isn’t that smart. He never learned a better way to do things.

Because that’s how his father solved all problems back home. Buashey was no stranger to violence even before he grew strong enough to dispense it himself.

The Question of the Daughter

There’s one more thing that troubles me. Why had he never used violence on Mira?

Buashey, whenever he’s violent, has everyone’s best interest at heart. He knows better. People need to learn their place, is all. So why not Mira? If it worked on the mother, it would’ve worked on the daughter—

Oh! What if Mira looked the spitting image of her mother when her mother was still young? From before she married Buashey. He sees Mira, and then the poor wretched thing her mother has become, and thinks to himself: What if it’s all my fault?

It couldn’t be. It isn’t, he may be telling himself, but… what if?

I need to tell you, I’m pretty happy where this took us. Thirty minutes and Buashey went from being a rough idea to becoming a real person.

As to the technique, you might’ve guessed that the “5” in the 5 Whys is mainly anecdotal. How many whys you might find yourself asking to get to the root of your problem is anyone’s guess. It may be 4. It might end up being 10. It doesn’t matter, really, as long as it helps you.

If you liked this article, I would appreciate it if you shared it with someone who may find it helpful.