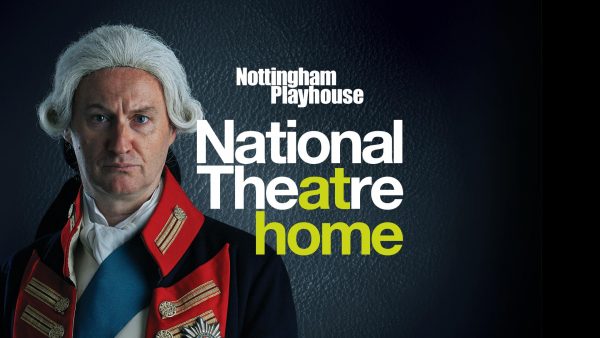 It’s two in the morning and I have just finished watching The Madness of George III, a play from National Theatre. I can’t sleep.

This play… it reminds you how fragile sanity can be. Fragile the same way modern cities are always but a few days of supplies away from hunger, riots, and a total breakdown of order. Fragile like driving a car, when one false jerk of the wheel is all it would take to crash into a tree or drop off a cliff. How can anything so vulnerable be more than an illusion?

One false step, one wrong turn. That’s all it takes for life to go horribly wrong. Two false steps, and who knows where you’ll end up. Shunned away by you loved ones? Begging on the street for money? Locked away in some institution? Sometimes it’s not even your fault.

The play does not stop there, however. It explores what happens after. What do you do after you’ve taken that false step? Everyone around you wants you to be your old self, begs you to be your old self. But you can’t help it. You don’t remember how. What are you supposed to do? Act? Pretend? And is pretending any kind of recovery at all, or is it just an elaborate trick to put everyone at ease?

Then there’s the question of, is it worth it?

“I am the King of England!” yells King George, as they strap him to a chair.

This play explores more than one uncomfortable theme, but the thought that has unsettled me the most was about recovery. When you’re ill, when you admit to being ill, you can get away with things—more than usual. You can say what you think because no one treats a madman seriously. Say things perhaps other people think as well, but they keep their mouths shut for fear of being found out. And you? You don’t care. You’ve been found out already; all your ugliness laid bare. Uncomfortable? Maybe. But liberating.

And when you’ve turned from a person into a patient already, do you really want to go back? That means giving up privilege and attention. It means higher expectations. It means welcoming all that has once led you down the path of mental illness. And what sane person would want that?

You should watch the play if only to see Mark Gatiss (the king) transform from a sane, intelligent, curious man into a suffering, raving lunatic.

“He needs to be broken in, sir, like one breaks in a horse,” one of his doctors says.

And they do break him. To a point where he asks for the white vest, asks for the chair. He doesn’t want freedom because that means more pretending. Seeming to be and not being.

Then again, don’t we all pretend, afraid of being exposed for the frauds we are?

You can see the play for free until Thursday next week on National Theatre’s YouTube channel.

If you enjoyed this article, share it with someone you know and consider supporting me on Patreon. I wouldn’t be where I am today without your contributions. Thank you.